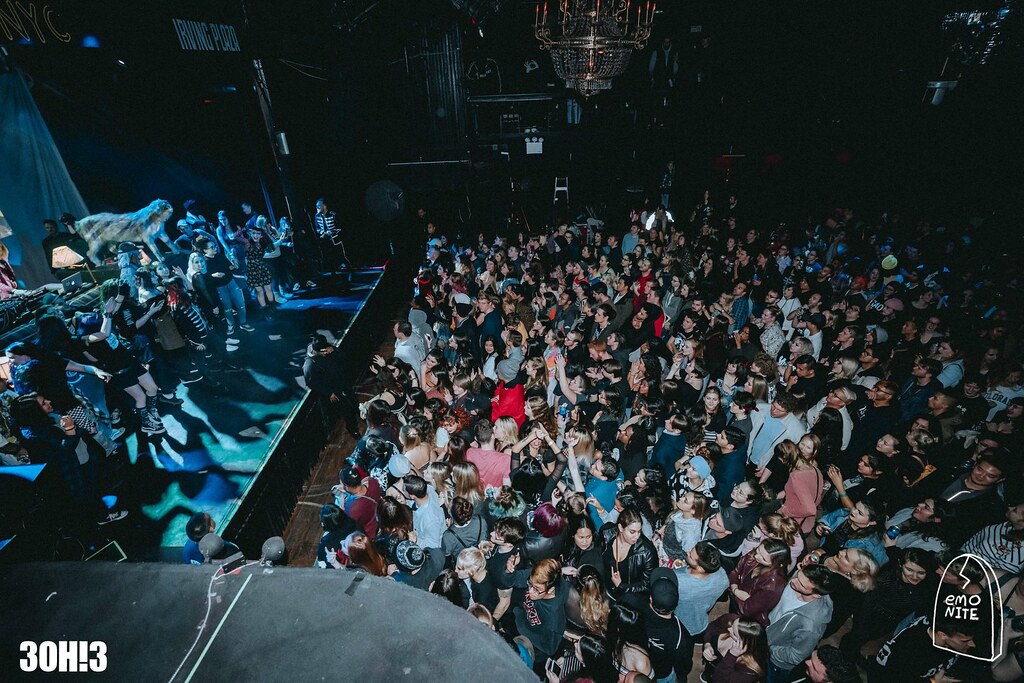 It’s about that time of the year when it gets too cold to go outside and there’s a crater of your silhouette on the couch. What will get me to leave the apartment is a fun night out when Emo Nite comes from sunny LA to visit us here in chilly NYC.

This past Tuesday, Emo Nite hit up Irving Plaza and teamed up with 3OH!3 for their “House Party Tour” to celebrate the 10 year anniversary of the WANT album. 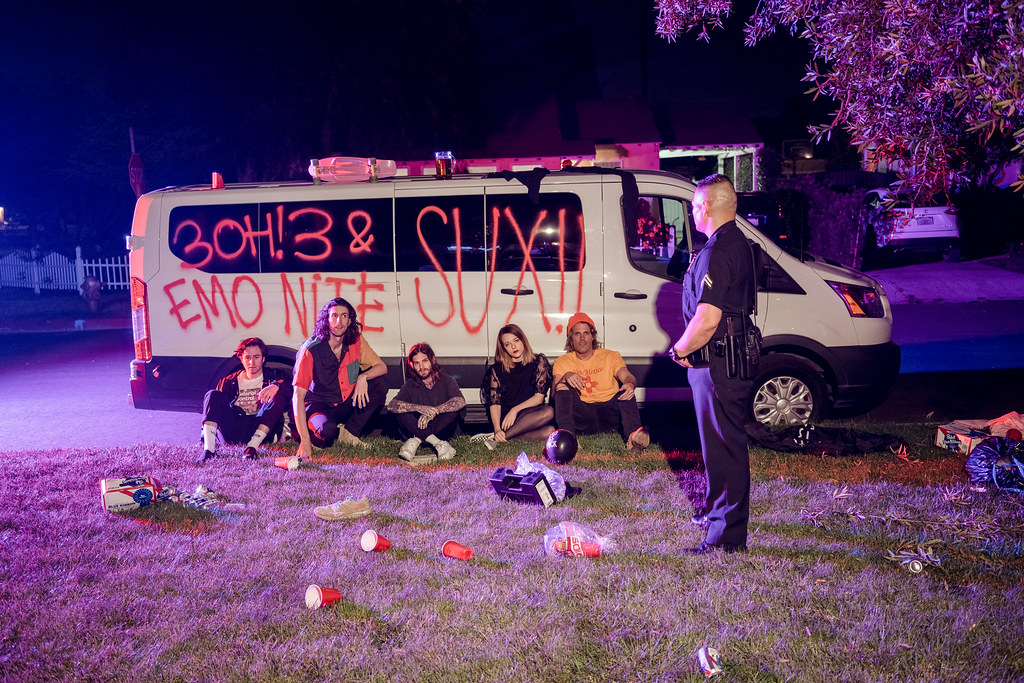 If you haven’t hear of Emo Nite, you may be a.) super lame, or b.) over the age of 30. Emo Nitestarted in a small dive bar in Los Angeles by three friends (Babs Szabo, T.J. Petracca and Morgan Freed) to bring together people who love emo rock music. Since the first event four years ago, it has exploded on the LA nightlife scene and has expanded to other cities including NYC, Chicago, Denver, Dallas, Atlanta, Philadelphia, Boston, and more. 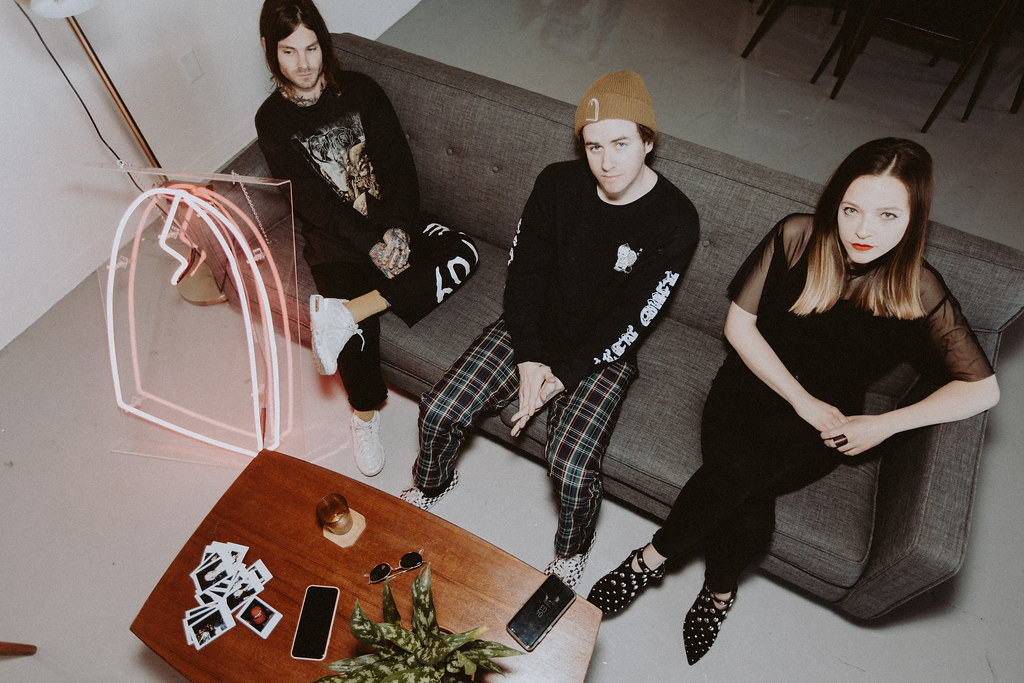 There is no typical Emo Nite, but they usual include DJ sets spinning all of the greatest punk songs and current hits, as well as artists who take the stage to be part of an epic night. Famous artists who have joined in on the fun include Halsey, Sonny Moore (Skrillex) and From First to Last, The Used, Post Malone, Good Charlotte, All American Rejects, Demi Lovato, New Found Glory, and so many more, and teaming up with 3OH!3 seemed to be a natural fit. 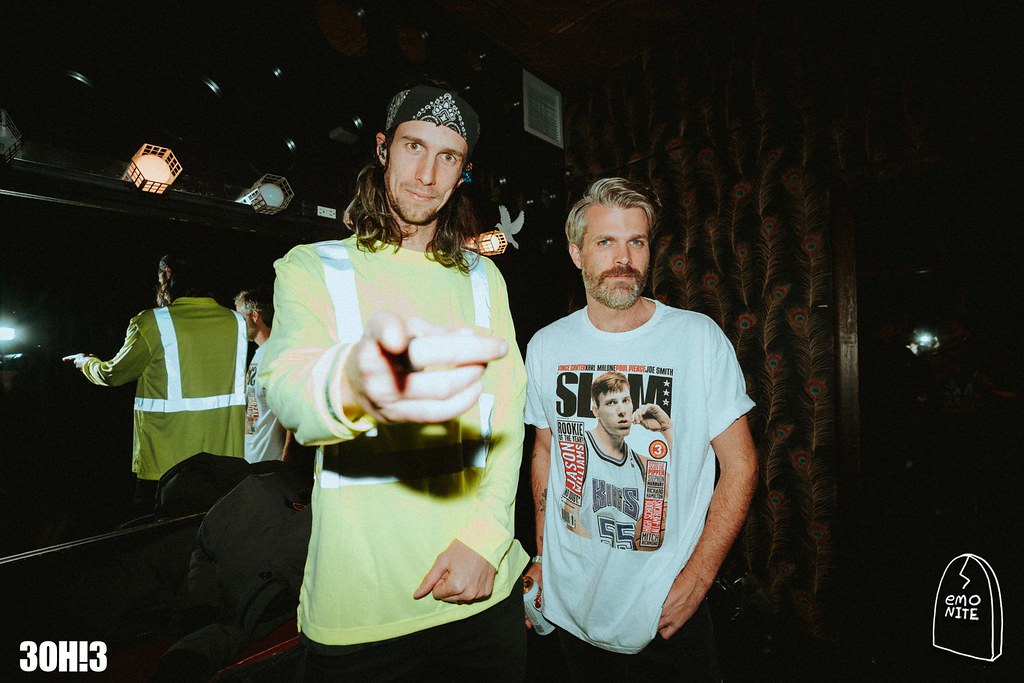 Nathaniel Motte and Sean Foreman make up the electro-pop duo of 3OH!3, who came to the music scene in 2004 and released their first album Electroshockin 2007. Their second album, WANT, was released in 2008, when they also toured with the Vans Warped Tour (RIP). Since then they have had a number of Billboard hits, and collaborated with Katy Perry for “Starstrukk” and Ke$ha for “Blah Blah Blah”, and with Lil Jon on his track “Hey”. 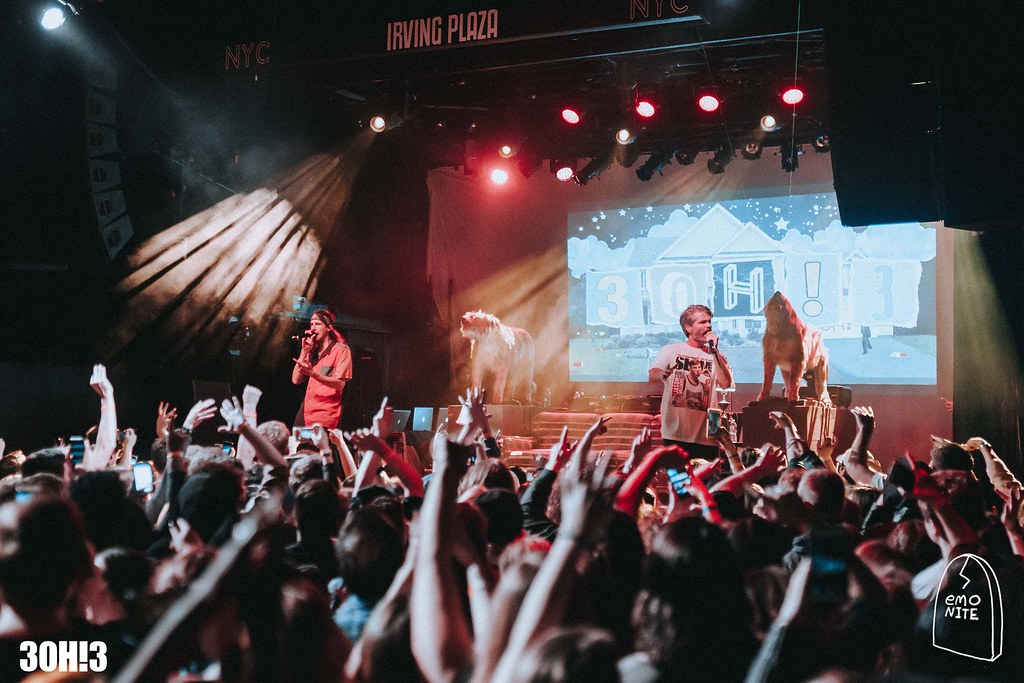 With five albums under their belts for 3OH!3, Nat and Sean also write and produce with other artists including Ariana Grande, MAX, Maroon 5, Kesha, Two Door Cinema Club, The Lonely Island, and more. 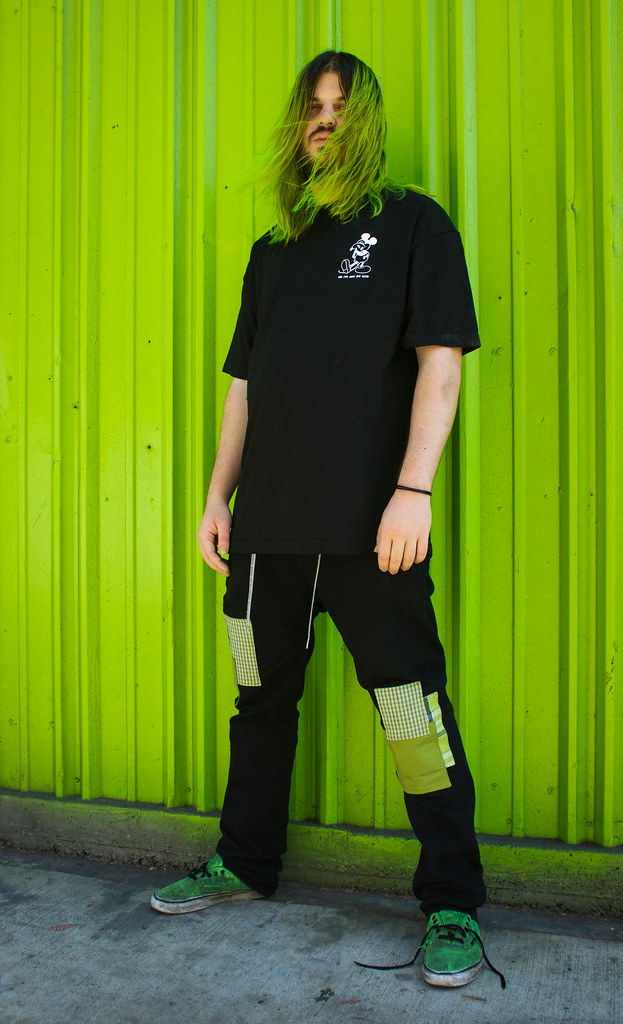 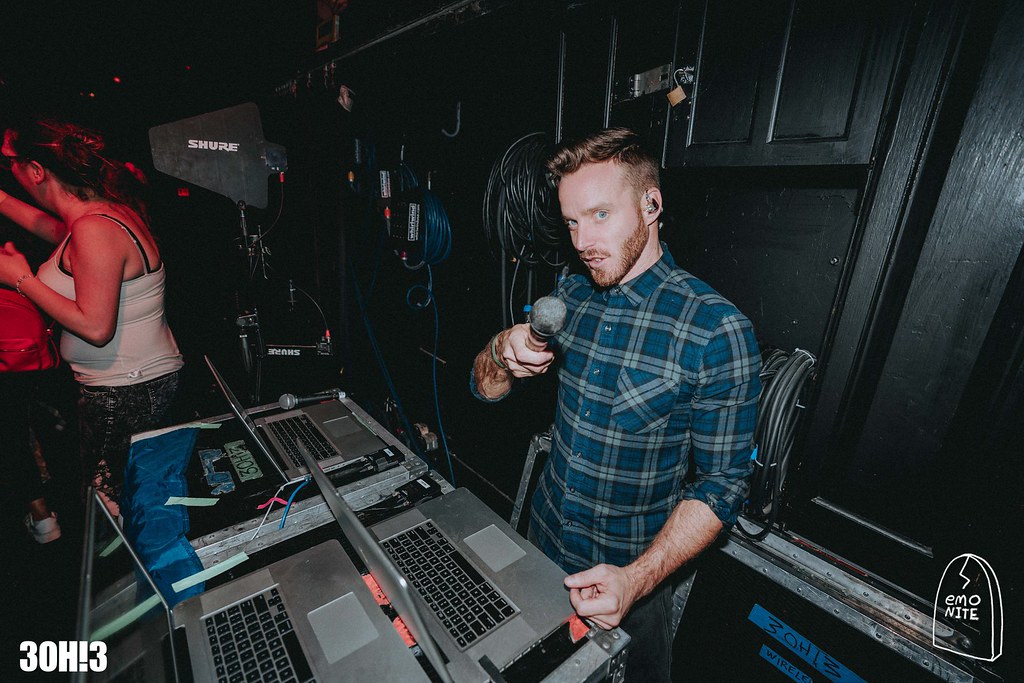 Emo Nite at Irving Plaza opened with a set by Lil Aaron coupled with a DJ set where guests were invited on stage to dance their hearts out. On stage there were wolves shooting out lasers from their eyes, and on the floor youngsters in crop tops and beanies crowded the stage and flung themselves into mosh pits. 3OH!3 performed the entire album of WANT sprinkled with their other hits, and the crowd sang (screamed) along emphatically. A night to remember! 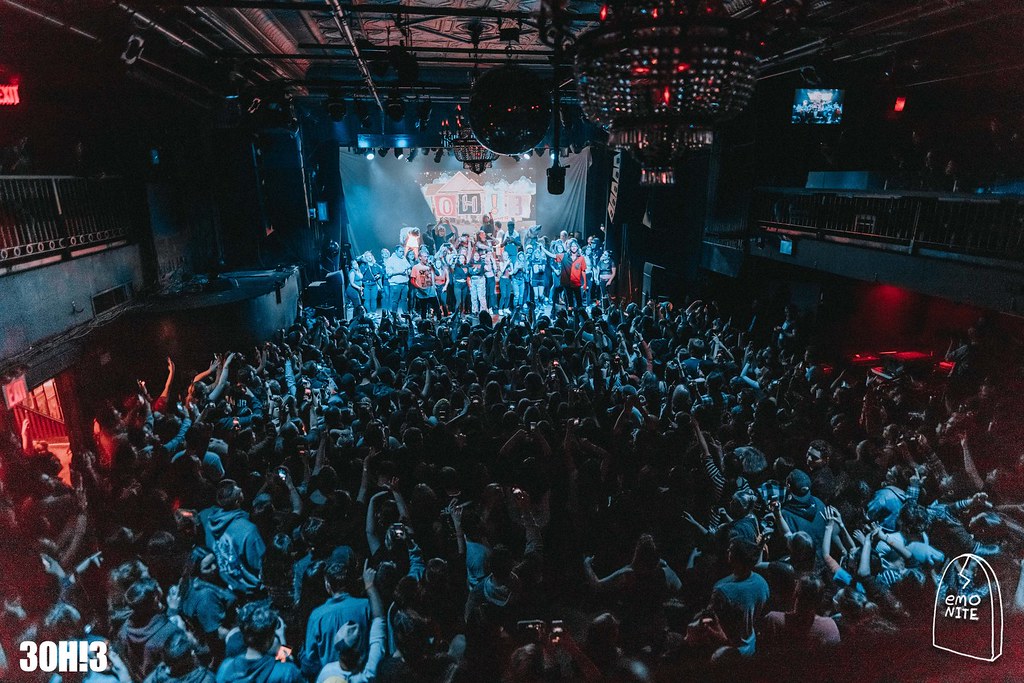 Photos via Big Picture Media and by Ryan Watanabe for Emo Nite.