This past weekend Dessert Goals hosted their latest installment of the sought after original all dessert festival at Sound River Studios. It encompasses a roster of curated hard to obtain sweet items and puts all of them in once place for treat aficionados. 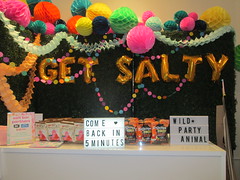 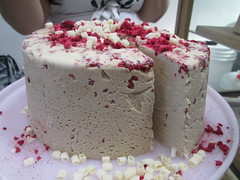 The event began back in 2016 when girl boss founder, Miraya Berke, solved a problem that no one knew they had… there were no existing dessert festivals! Since then she has hosted 7 events: 5 in NY and 2 in LA with over 20,000 attendees in total and 135 vendors. 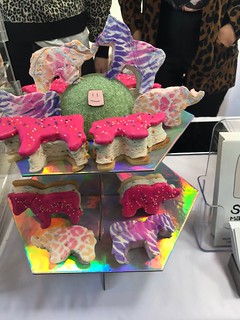 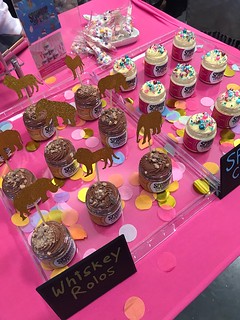 This year the event was taken to the next level with a Dessert Goals at Night event for the 21 and up crowd featuring cocktails from Bailey’s, a Doggy Hour, and sponsors including Sour Patch, American Licorice and Petmade, among others. The usual places to take the perfect insta were also scattered around the space with the Instagram Garden.

The below are the top 5 companies from the event that we felt gave us the biggest sugar high!

5) Bonchou: With their motto, life’s too short to be eclair-less, we have to agree. Started by Parisian-born Hala Anchar, these bite-sized versions of traditional eclair’s are only 70 calories and 4-5g of sugar per serving. They also have innovative fillings like sesame and peanut butter, which were two of our favorite bites from the festival.

4) Kouklet Bakehouse: We love a brand with a cultural story and Kouklet has just that. Kouklet is a Brazilian-inspired cake roll, which traditionally is filled with guava. The cake is gluten free and vegan to really cater to most restrictions and bring everyone together. The team’s hope is to bring the vivid and colorful streets of Brazil to those that partake in tasting the cake and we feel they’ve done that here, even with the presentation. Our favorite was the peanut butter and salted caramel concoction, because of course, but the other options were tasty as well.

3) Jessie’s Nutty Cups: Jessie began her peanut butter journey by improving an existing recipe she found and the result proves it. Not only does Jessie offer many flavors (the Dark Sea Salt Cup is fire!), but she’s also jarring her peanut butter recipe, it’s that good. Both from a filling, which is exactly what’s in the cups and an option that is purely peanut butter. We plan on trying the Nutty PB&J and Nutty Cookie Cup next time!

2) Stache of Goods: This cute as a button macaron company had the humbling beginning of being a fundraiser item back in 2014 to raise money for womens shelters and survivors of domestic violence. Since then, Amy Li, Baker and Owner of Stache of Goods, has forayed into character macarons which has helped create the demand for these cute little creatures. What we were impressed by besides the artistry, is the flavors like rosewater and ube that you do not usually see in macaron form.

1) Spoonable Spirits: Our biggest surprise and delight came from these small but mighty containers that packed a punch in each bite in addition to eyes rolling in the back of your head good taste. The company not only does boozy pudding collabos like Whiskey Rolos and Spiked Cake Shake, but also does boozy jelly shots in cocktail flavors like Cranberry Cosmo! The sizes are perfect for getting a little alcoholic treat without indulging too much. The brand was created by Kelli Lipson who, rightfully so, wanted to offer a party treat that wasn’t a cupcake and took inspiration from jello shots and improving on them. The rest is in the pudding! 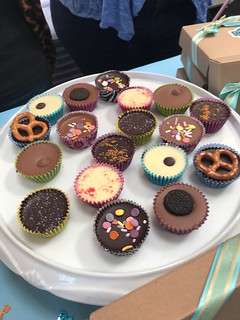 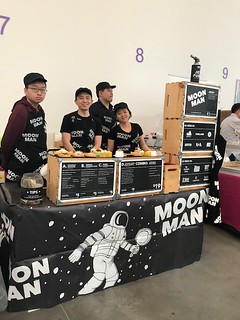 Each time Dessert Goals hosts their event, they seem to top themselves. We can’t wait to see what desserts they introduce us to next time and to see what Miraya does with her upcoming and first ever Rom Com Fest, taking place in LA!