1796 was a good year: the year that the cupcake was invented by Amelia Simmons. She wrote a description and recipe, “a light cake to bake in small cups” in her book American Cookery. I, and other sweet-toothed folks around the world, owe her a debt of gratitude, and so do sisters Katherine Kallinis Berman and Sophie Kallinis LaMontagne, co-founders of Georgetown Cupcake.

Inspired by their grandmother, in 2008, they left careers in fashion and venture capital to follow their passion for baking and opened Georgetown Cupcake in Washington, DC. They made a name for themselves in DC and now have locations in Bethesda, NYC, Boston, Los Angeles, and Atlanta. They are also best-selling authors of The Cupcake Diaries and Sweet Celebrations, and the stars of Cupcake Cam LIVE and DC Cupcakes on TLC. These ladies know how to bake!

My girlfriend and I recently visited their store on Mercer Street in SoHo. It was just before St. Patty’s Day and they had baked up a yummy treat for the holiday, a Baileys Chocolate Mint cupcake. OMG, it was DELICIOUS!! Made with Baileys Original Irish Cream Liqueur, this limited edition cupcake pays homage to the Emerald Isle with a chocolate mint-based cupcake filled with mint chocolate ganache and topped with a Baileys-infused green vanilla frosting, mint chocolate ganache drizzle lattice and mini shamrock confetti. Put down your Guinness, this is much better. 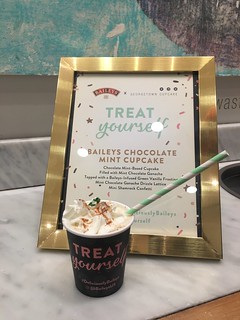 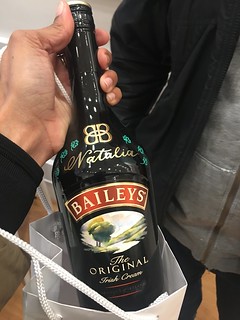 Seasonal flavors come and go, so in case you missed out on the St. Patty’s special, be sure to check back frequently and see what new spectacular flavors are being offered. Hint: These make for a great Easter treat! 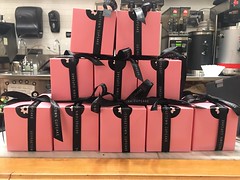 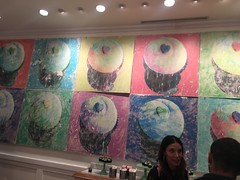 Really though folks, these cupcakes were damn good. There are many designer cupcake shops in NYC (including Molly’s Cupcakes and Buttercup Bake Shop), but you haven’t had a real cupcake till you’ve tried Georgetown Cupcake!