Harlem Shake Serves Up the Best Burger in NYC

I’m a New Yorker. I’ve lived in this crazy town since the early 80s. I know a few things: avoid Times Square, never get on an empty subway car, have your money out and be ready to pay before the cashier asks you. You know, common sense New Yorker things.  I’m always learning as NYC is constantly changing.

One thing I learned the other day is that the best burger is in Harlem. I challenge you, it is better than any other burger in the Big Apple. My girlfriend and I went to Harlem Shake on Lenox Avenue and Malcolm X Blvd the other day and were blown away at how good they were! 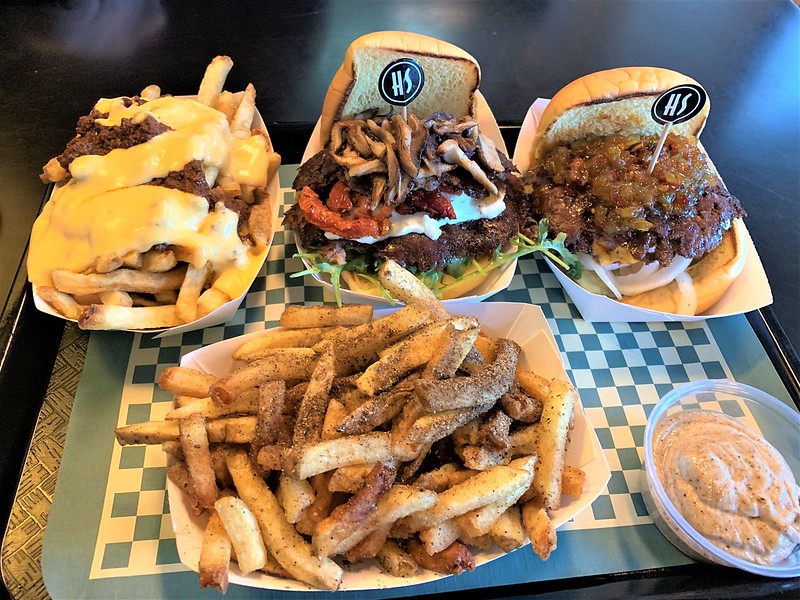 I’m a medium-rare kinda guy. Anything over that is overcooked in my opinion. When I placed my order and the waiter didn’t ask how I wanted my burger cooked, I gotta say I was a bit confused. This is a burger place, right?

My server told me that their burgers are made differently, using a smash griddled technique, something I’d never heard of before. Two 2-ounce patties are placed on their signature nickel-plated hot griddle. They are ‘smashed’ down to make two thin patties that cook quickly. The meat used is from quality meat purveyors Pat LaFrieda, a delicious combination of short rib, brisket, and sirloin. Special secret seasonings and whatever cheese and other toppings you want are then added and voila, your Harlem Shake Burger is born. 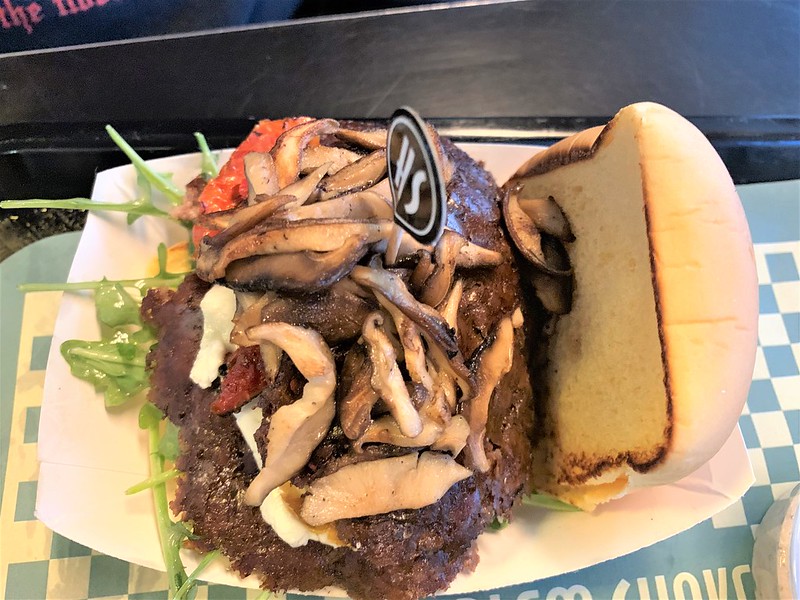 In honor of 2019’s National Burger Month and National Burger Day on May 28, Harlem Shake has a special Fungi Town Burger which I ordered. It features 2 Pat LaFrieda beef burgers, grilled shiitake mushrooms, and triple cream goat cheese topped with arugula. Sound good? It tastes even better! This thing was absolutely delicious. I always doctor up a bit of Heinz ketchup on my burger, but in this case I didn’t. NKR on this folks! (No Ketchup Required). Even the bun was great, which is a Martin’s Potato Roll toasted with Upstate NY butter. 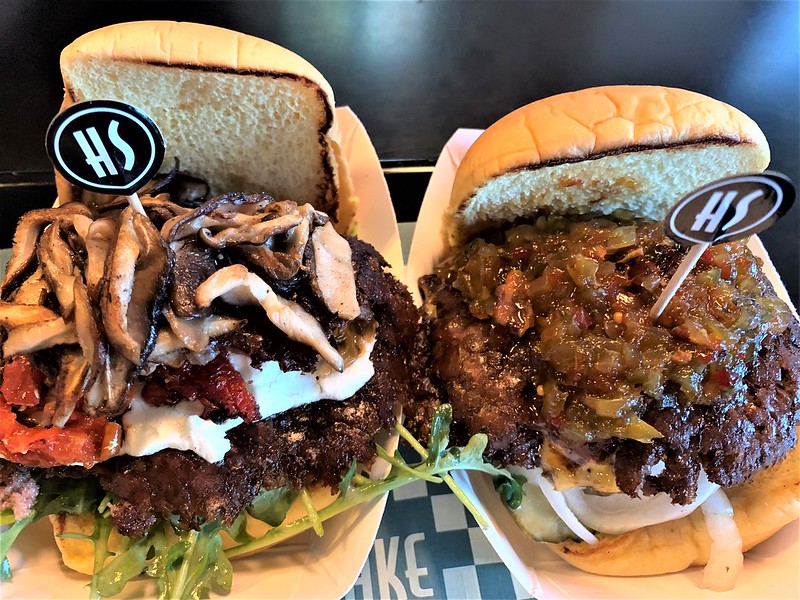 My girlfriend had the Hot Mess burger, which was equally awesome. Made with Pickled Cherry Pepper, Bacon Relish, American Cheese and Smokey Chipotle Mayo, it lives up to it’s name. 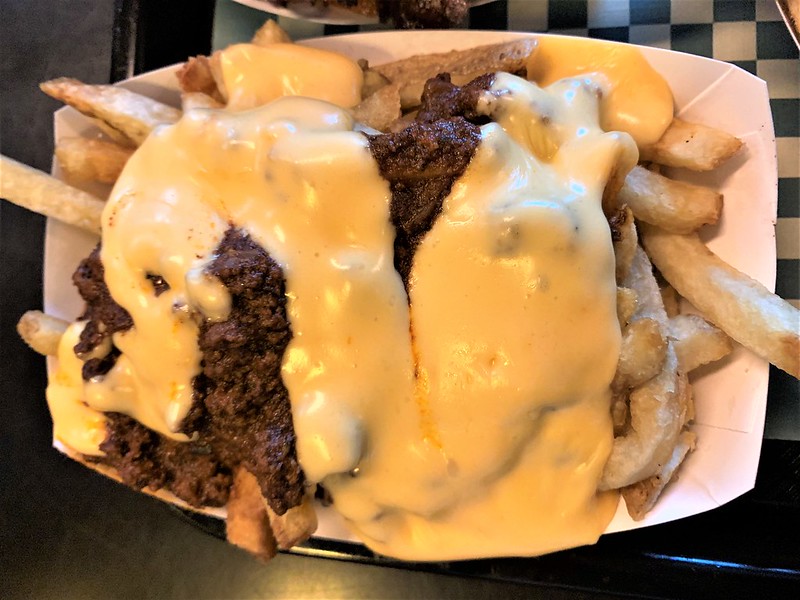 No burger is complete without fries, so we got the Jerk-fries with Jerk mayo and Chili-cheese fries. Yep, NKR on these babies either. 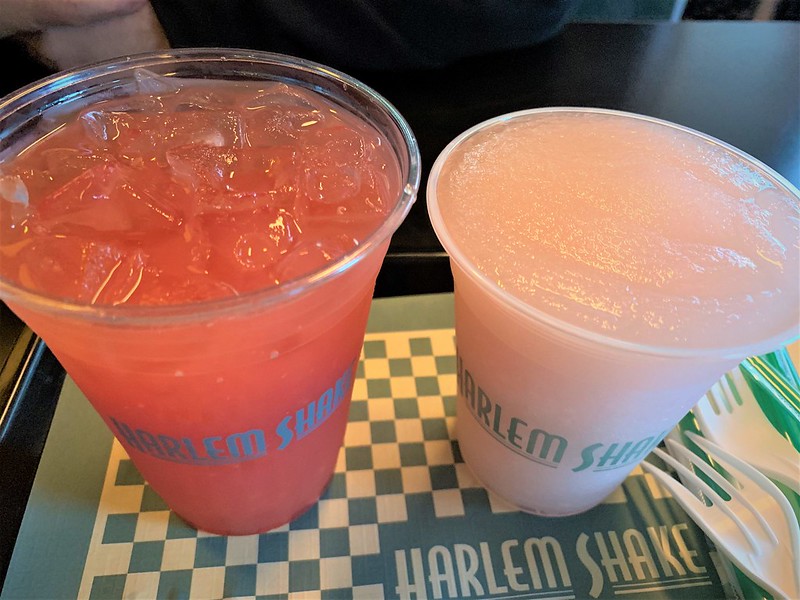 What to have to wash everything down with? Well, I’m a big watermelon fan. I had to try their Watermelon Cooler. So good I had two, it’s really good. 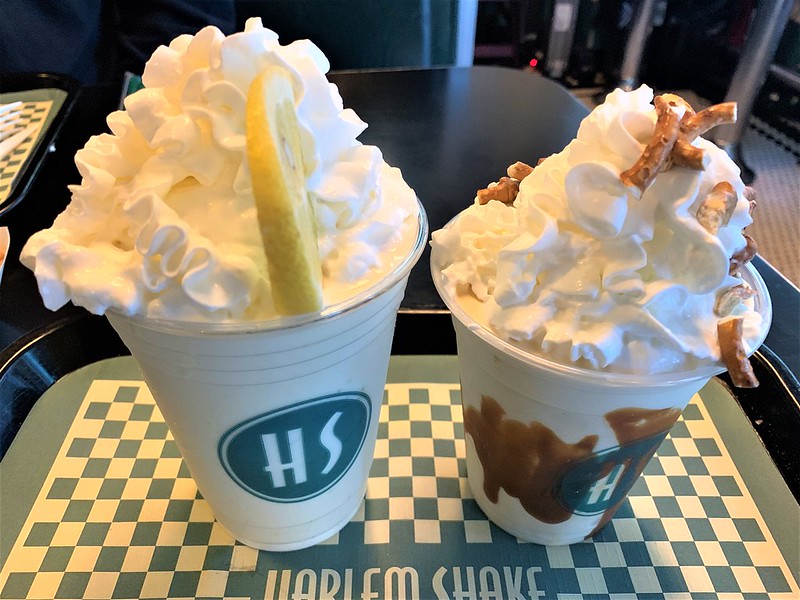 For dessert we had to have shakes, as it’s simply wrong not to. We had their special Salted Caramel Pretzel Shake and Banana Cream Pie Shake, made with Blue Marble Ice Cream. I’m no expert, but I promise you after you have one of these you’ll never got back to Shake Shack. 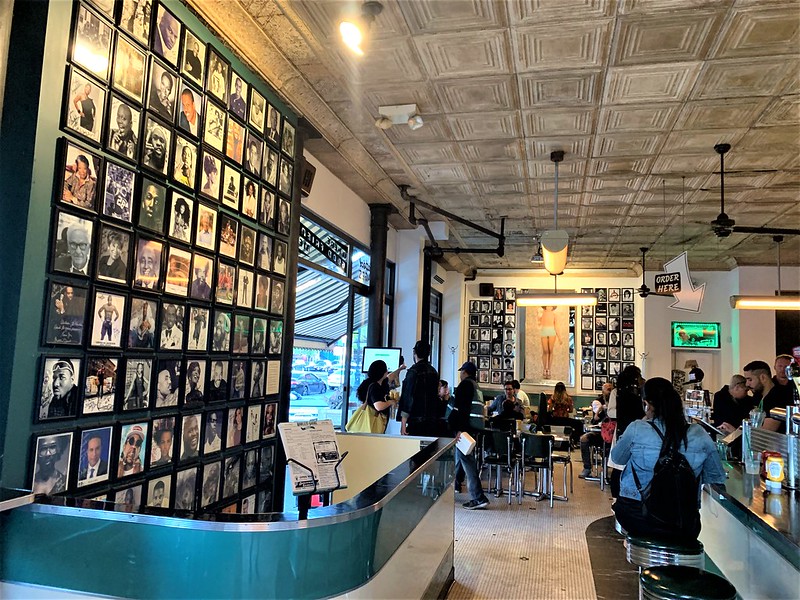 Not only did we love our food, but the restaurant itself is really cool too. Their old school interior reflects Harlem’s culture and community. The “Wall of Fame” is crowded with over 200 autographed headshots of celebrities including P.Diddy, Asap Rocky, Maya Angelou, Remy Ma, and Janelle Monae.

The “Wall of Fro” shows off the fabulous afro hairstyles of our customers. Yeah, you can submit a photo of your fro to be added to the wall. My girlfriend is excited to get hers up there! 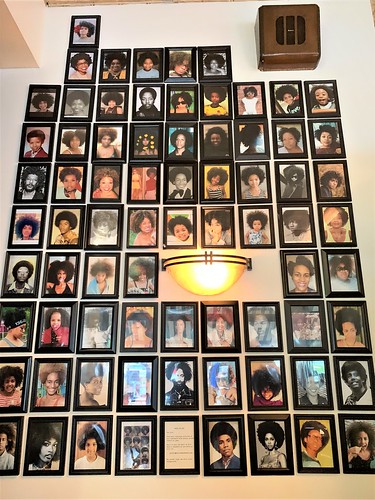 Their restroom walls showcase hundreds of vintage JET Magazine covers. Another ultra-cool thing is the yearly Mr/Miss Harlem Shake competition. Customers vote every year to decide who will be the new face of Harlem Shake. The winner receives FAME: their face on our Wall of Fame, representing Harlem Shake in the African American Day Float, a generous cash prize to both the winner and their favorite Harlem charity, and FEAST: a year of FREE burgers! The requirements are simple: Be a Harlem resident between the age of 18 and 98, and be yourself. The Miss/Mister Harlem Shake winner also gets to pick a Harlem non-profit organization of their choice to be gifted $500 on their behalf! 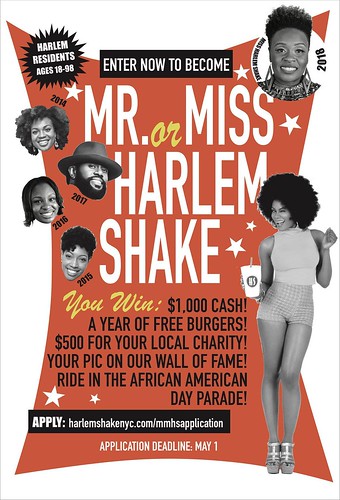 Lots of events to celebrate this month:

They also have a nice beer and wine selection if you wanna shake things up! 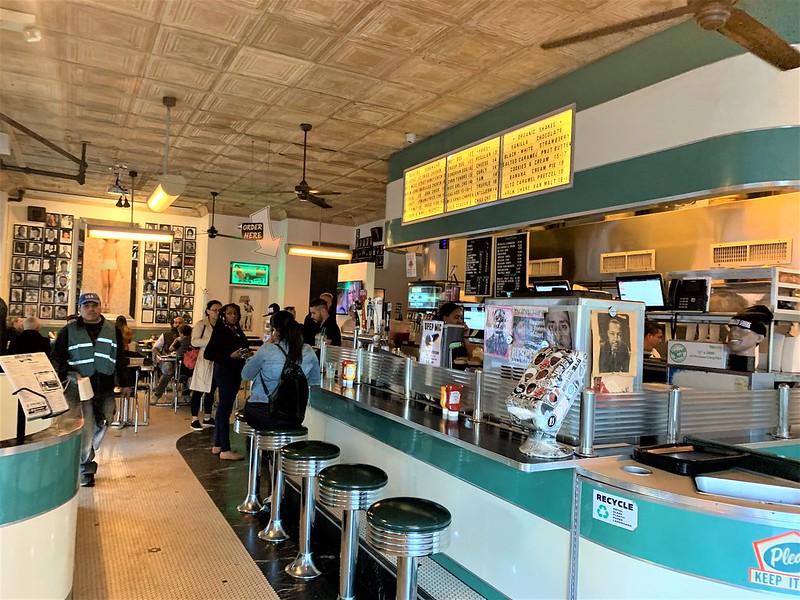 Harlem Shake Supports: Our hiring policy is to hire members of the Harlem community; nearly 65% of our staff resides from the east to west side of Harlem. As a part of the village of Harlem it’s important we collaborate with our community businesses and nonprofit organizations. We support our neighbors at African-American Day Parade, Black Ink, Cultured Movement, Harlem Business Alliance, Harlem Children’s Zone, Harlem Eat Up, Harlem Haberdashery, Harlem Run, heartforharlem, Mama Foundation for the Arts, Marcus Garvey Park Alliance, The Laundromat Project, MMPCIA, Power of You Teens, NYC Health & Hospitals/Harlem, Trinity Harlem Church, The Abyssinian Baptist Church in the City of New York, Inc. and many others. We are also proud members of East Harlem Community Alliance, Greater Harlem Chamber of Commerce, Harlem Business Alliance, Harlem Park to Park and NYC & Co.

Photos via Harlem Shake and by Socially Superlative