Kirsh Bakery in the Upper West Side 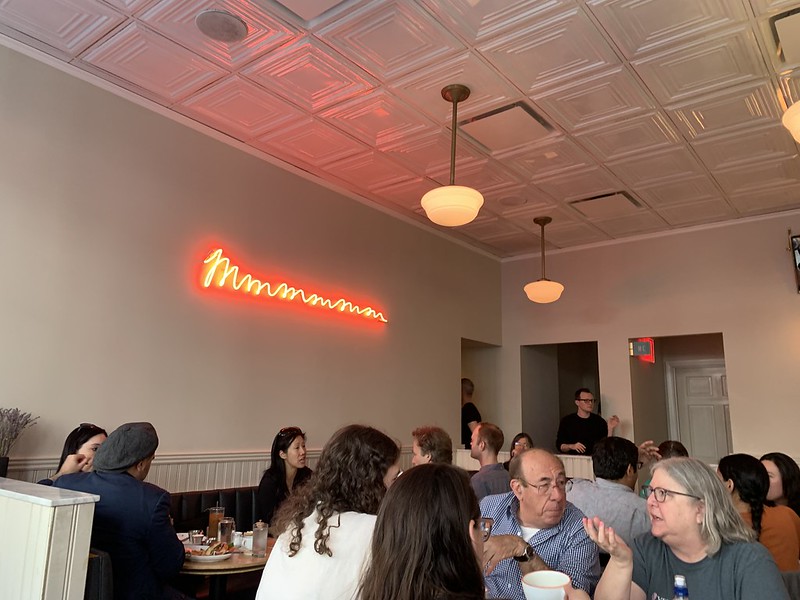 Do you ever wonder about why certain foods are named what they are? Take for example the simple Danish. One might assume it’s origin is in Denmark, but you’d be incorrect: they come from Austria. In 1950 when some of Denmark’s bakers went on strike, Austrian ones replaced them, and voilà, ever since they’ve been called Danishes. 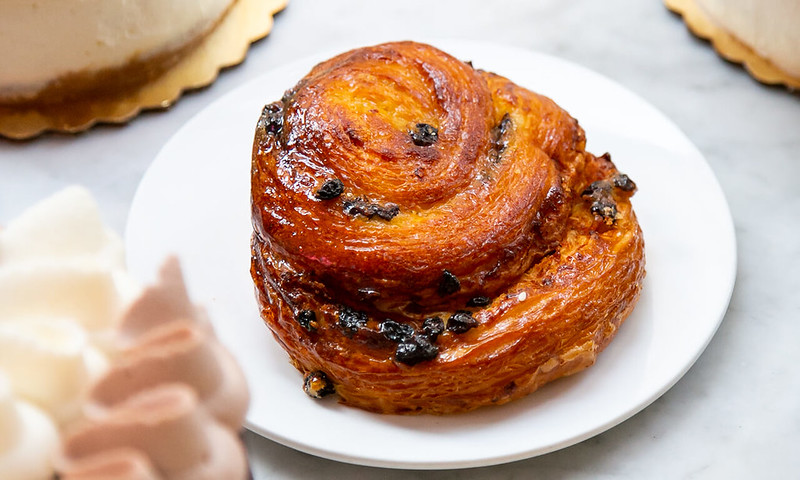 What about French Toast? This popular breakfast dish is older than you might think, going all the way back to Medieval times, long before France was even founded! Recipes through the ages refer to it as both “Spanish Toast” and “German Toast.” One popular legend states that the “French” in the name doesn’t refer to the nation, but rather to an Albany, NY innkeeper named Joseph French. Legend has it that French whipped up a batch of the golden-brown treats in 1724 and advertised them as “French toast” because he’d never learned to use an apostrophe.

Irregardless of where French Toast originated, I can tell you with 100% certainty that the best French Toast you’ll ever have is in NYC on the Upper West Side at Kirsh Bakery & Kitchen. My girlfriend and I recently went there for brunch and the food was fabulous! 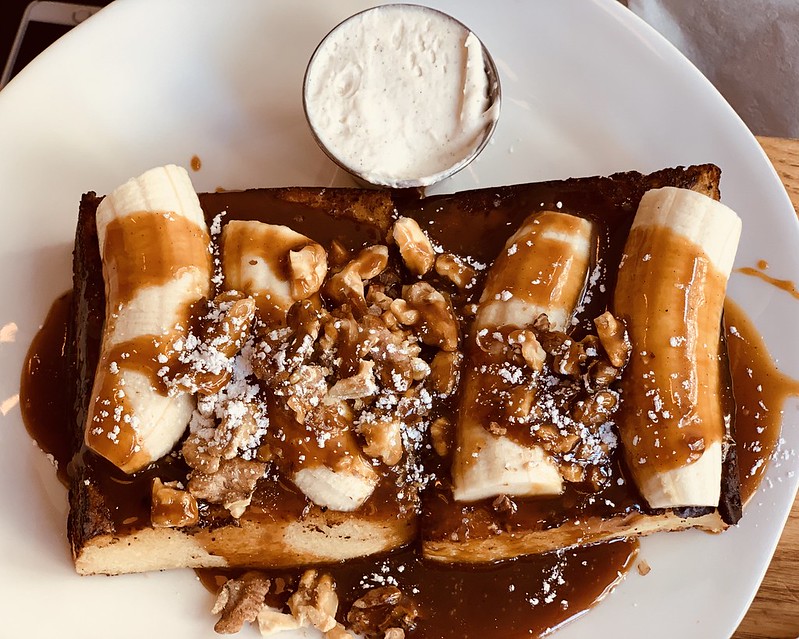 If you are an Upper West Sider, you’ve probably visited the Popover Café on Amsterdam Avenue and 86th Street at some point. It was a popular hangout for 32 years. They closed in 2014, and in the Spring of 2016 Kirsh Bakery & Kitchen opened.

Owners Dan and Anat Kirsh are no strangers to the restaurant business. They’re seasoned hospitality professionals, with a combined experience of 10+ years in the business. Co-owners of Zuni, an ultra-popular 24/7 brasserie in Jerusalem, Israel, they are a bit of an institution there. They opened Kirsh Bakery & Kitchen to create their own “home away from home”, inviting guests to enjoy fresh baked goods and a menu of homemade dishes made daily.  Everything is made in-house from scratch, starting with their bread all the way down to their jams and vinaigrette. Not many restaurants can say that. 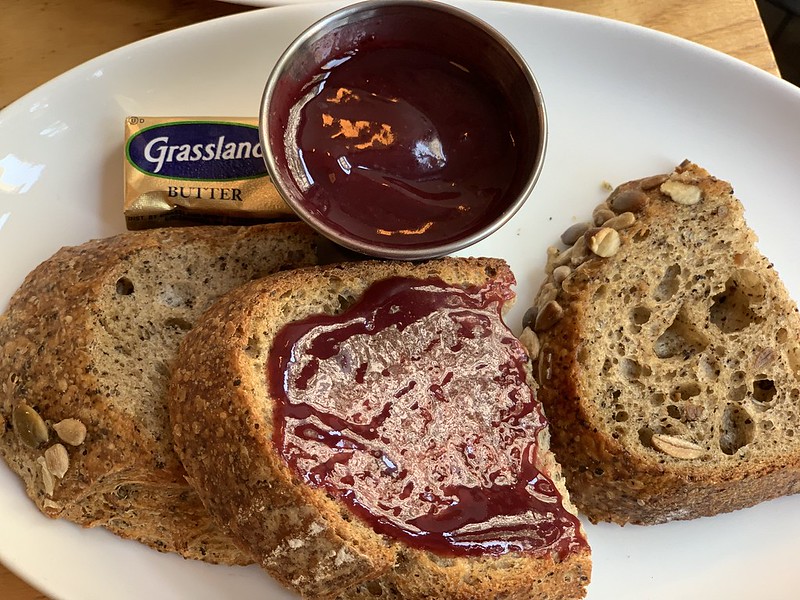 So lets get back to our meal. As I told you earlier, their French Toast is outstanding! They offer 5 unique varieties. Two are savory: the Bacon, Swiss, and Egg and the Lox, Crème Fraîche, and Spring Onion. Then for those with a sweet tooth like me, they offer three savory types: Mascarpone cream with mixed berries, cinnamon and pear, and the banana with caramel and walnuts. 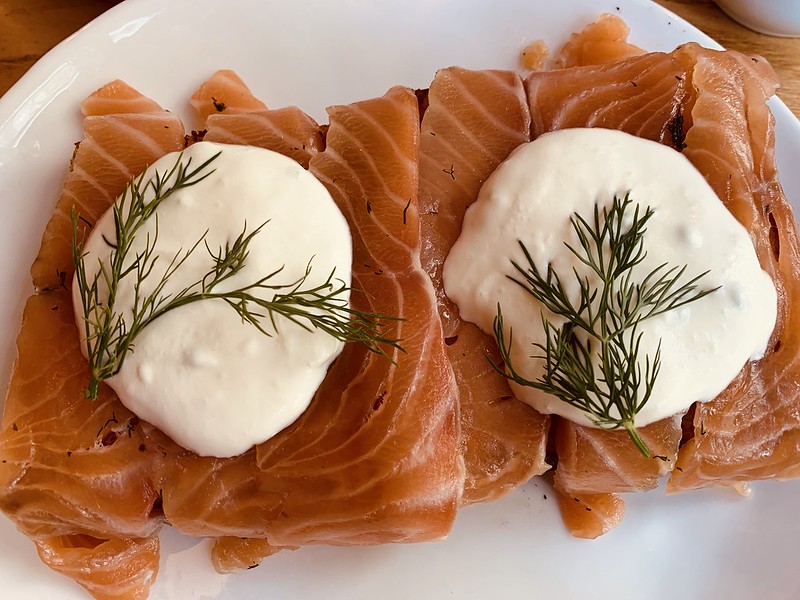 My girl chose the Lox, Crème Fraîche, and Spring Onion and I ordered the banana with caramel and walnut. OMG – mine was out of this world. The homemade bread was just spectacular. The toppings were great too. Although my last name is Riegelman, I’m not a big fan of Lox, so yeah, I might be kicked out of my tribe. My girlfriend is though, and she loved her Lox, Crème Fraîche, and Spring Onion French Toast. Said that the lox was among the best she’s ever had. 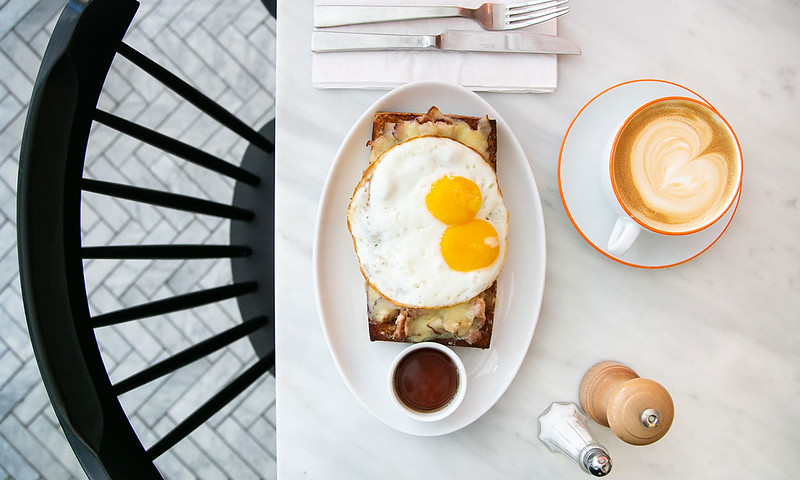 As I’m not pregnant but sometimes eat like I am, I also ordered their Full English Breakfast to share, which includes eggs, black beans, potatoes, house sausage, bacon, and grilled tomatoes. It was terrific too, and, believe it or not, we (well, really I) finished everything. Hard not to because it was all so good. 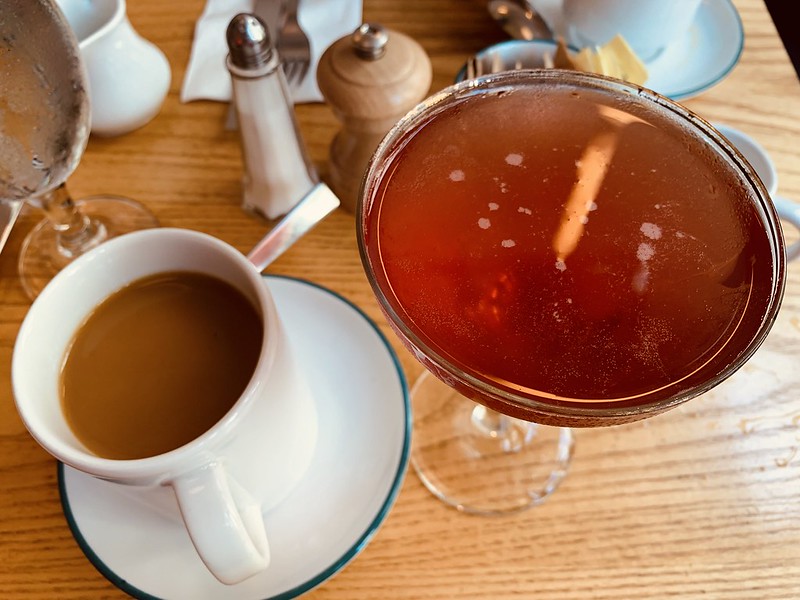 Let’s not forget about their excellent coffee though. Locally roasted in Millerton, NY, at Irving Farm, it’ll make even the toughest coffee snob happy. That, along with their organic milk products from Battenkill Creamery in Salem, NY, made out experience at Kirsh Bakery & Kitchen an unforgettable one. 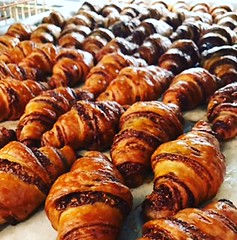 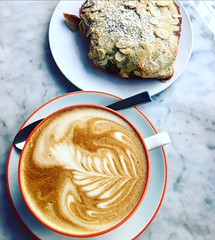 Kirsh is also kid friendly and has an all-day menu, made to order with entrees like a neighborhood favorite Beef Stroganoff, freshly baked goods by Head Baker Ivan Jimenez like Pistachio Ricotta Cake, wines by the glass as well as draft and bottled beer and cider. 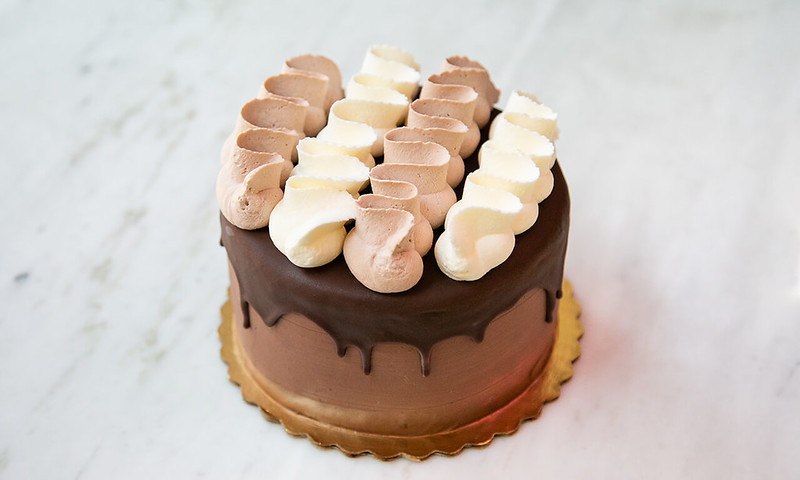 We’re surely be going back soon, and you should too. Just be sure to get there early and plan on waiting a bit, as they are hugely popular and well deservedly so. Mr. and Mrs. Baer, owners of the former Popover Café, would be proud!

Photos via Kirsh Bakery & Kitchen and by Socially Superlative 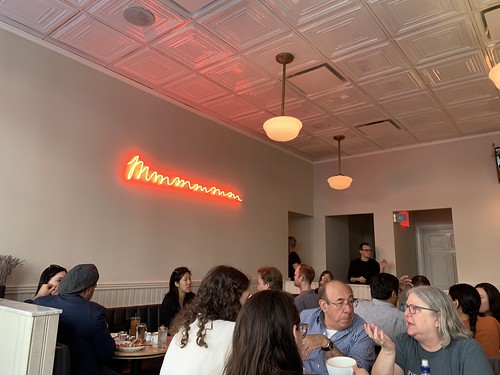