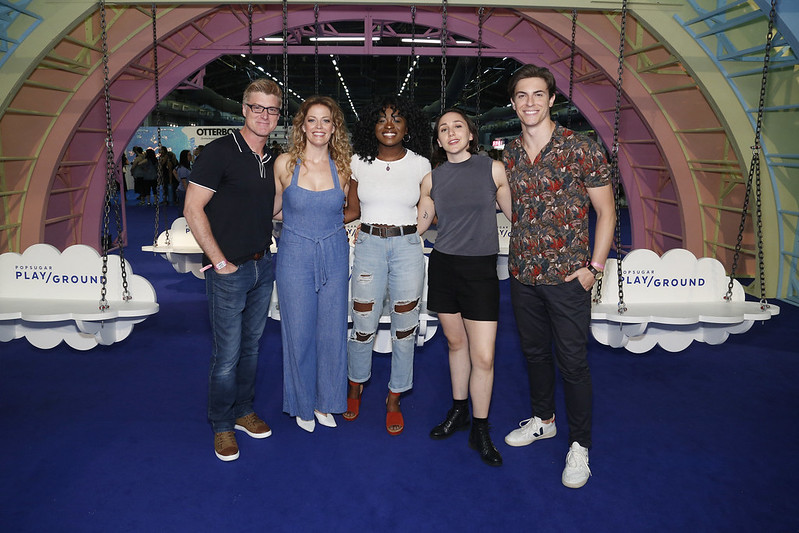 For their second year, Popsugar focused on making their Popsugar Playground bigger and better than the previous year. Taking place again in Pier 94, Karena Dawn and Katrina Scott from Tone It Up were featured as the marquee fitness program, while top tier talent like Mandy Moore and Chrissy Teigen stopped by for talks. 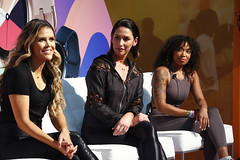 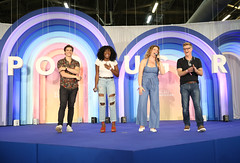 There was so much going on that you couldn’t physically be at everything, so the FOMO struggle was real. Below are the moments that stood out in a weekend chock full of fitness, celebrity conversations, beauty demos, shopping, and more! 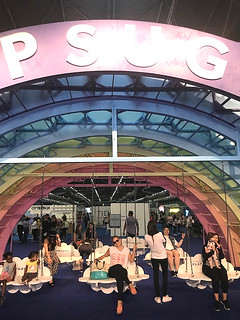 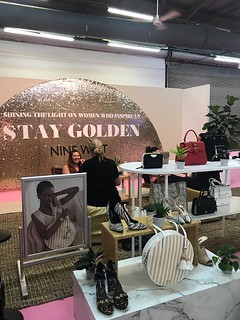 5. Nine West and Tilray Labs CBD Body Lotion Foot Massages in the Mall of the Future

There were so many different brands that did cool activations, (thanks for fueling the lunches Wendy’s!), but Nine West offering CBD foot massages with lotion from Tilray Labs was not only on trend but also so necessary for New Yorkers who walk everywhere. It was so relaxing and helped the stress to melt away. 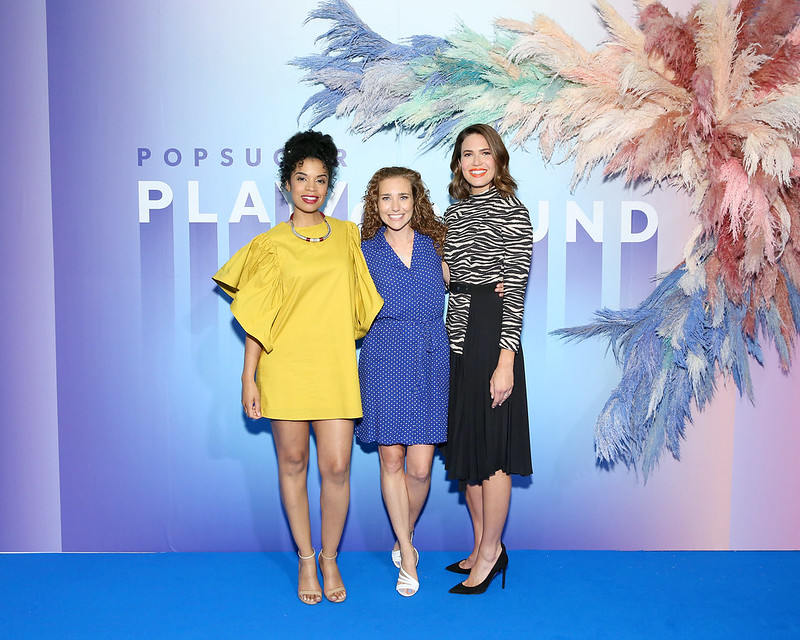 4. Mandy Moore Being Interviewed by This is Us Costar Susan Kelechi Watson

Having the caliber of talent that Popsugar was able to secure was really a draw for the event. What was even better was this session and these babes supporting each other and the little nuggets of information you heard that you may not have heard before. Mandy Moore finds herself terrible at auditioning and only read with Milo Ventimiglia forThis is Us and just knew it felt right. Milo’s character, Jack, was supposed to be shlubby and round, but the casting directors loved him and Mandy together, and Susan used that as a reminder that you can always change someone’s mind. All that came from the talk at Popsugar Playground!

One of the coolest sessions that attendees were given access to was a sneak preview of the Alanis Morrisette music-inspired and Diablo Cody written musical, Jagged Little Pill. Playgrounders were able to witness the debut performance of two well known songs, All I Really Want and You Learn,  and Alanis has also written songs specifically for the show. Given the story and caliber of talent, the show can’t open soon enough! It’s slated to open in November, so we have a while to wait. 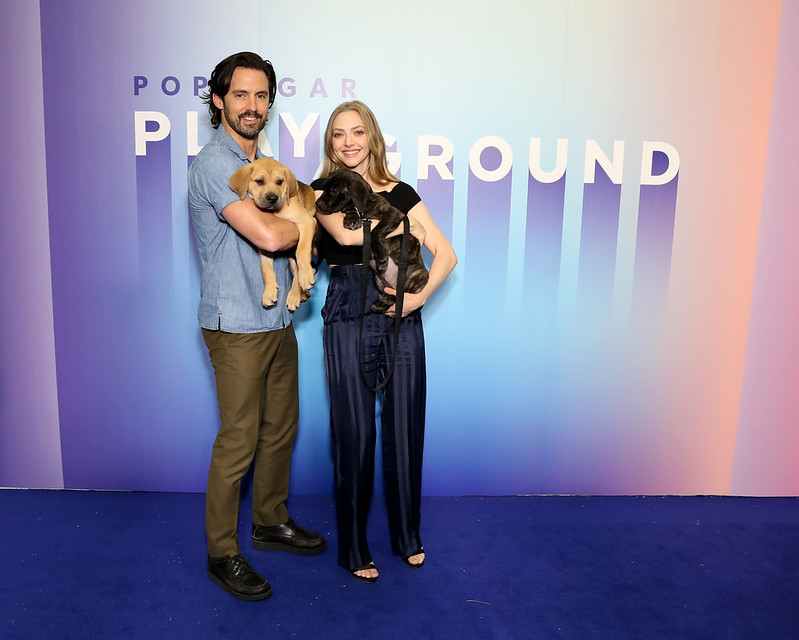 One of the biggest treats was seeing Milo Ventimiglia and Amanda Seyfried on the smaller Samsung Galaxy Soul Space stage to promote their upcoming movie, Art of Racing in the Rain, along with the Best Friends Animal Society that had puppies for adoption. You really can’t beat Milo, puppies, and conversations about puppies! The funniest bit was the question of what would their dog equivalent would be and they settled on Milo being a chocolate lab because they’re a little crazy! 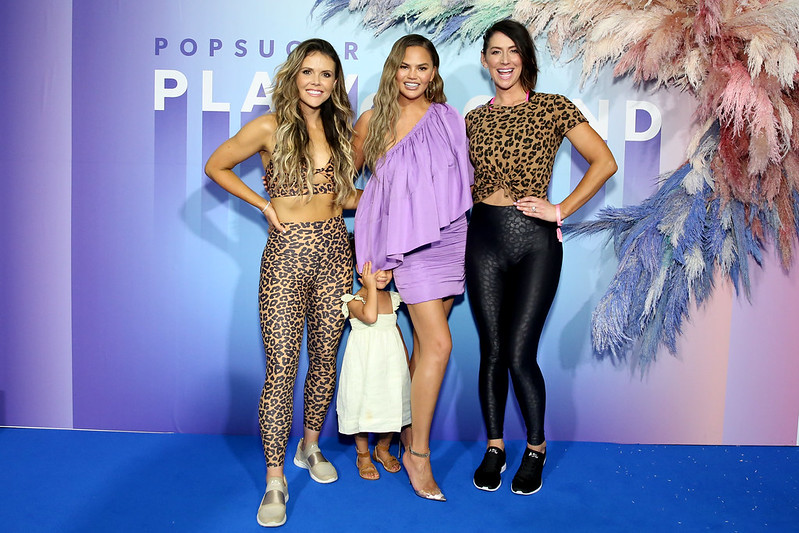 1. Powering the Morning with Tone It Up

Although all the programming was exceptional, fitness really reigned supreme at the Popsugar Playground. To get to be instructed in person by Karena and Katrina is an experience that people do not usually get access to. These high energy classes kicked off each day and set the motivational tone for the event. Karena would end each session with a positive meditation manifestation that helped center everyone before they went off on their journeys for the day. Attendees also got to take their Tone It Up mats and booty bands home! 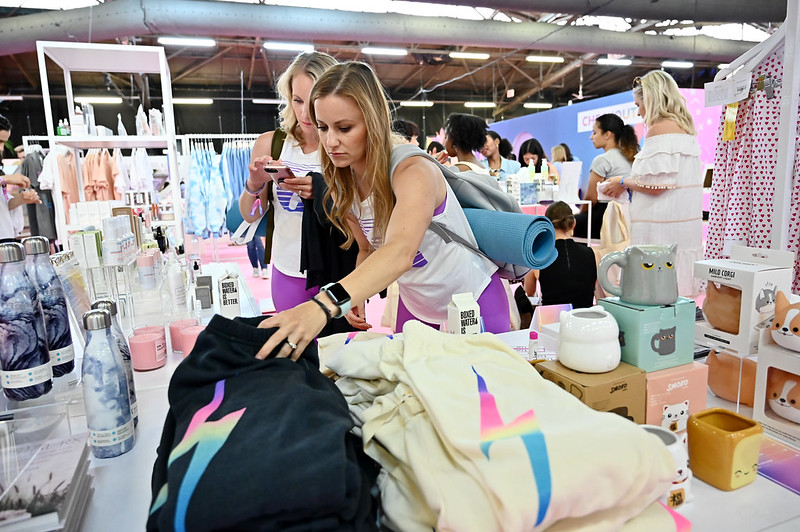 This year’s Popsugar Playground left everyone feeling inspired, recharged, and ready to go back and take on the world. Can’t wait to see what they bring to the table next year!

Photos provided by Popsugar and by Stephanie Carino 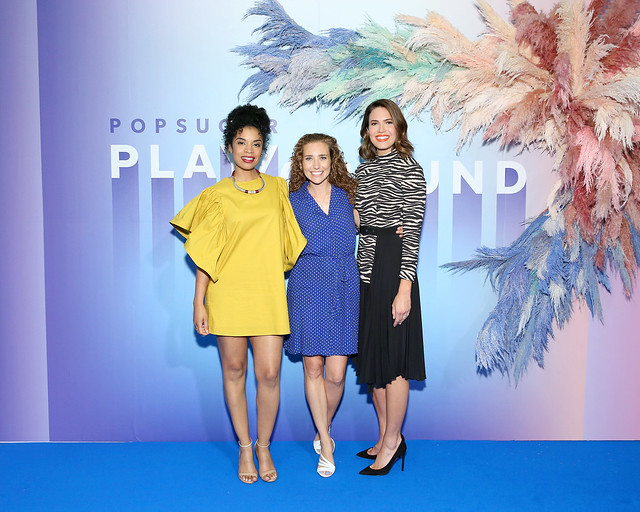