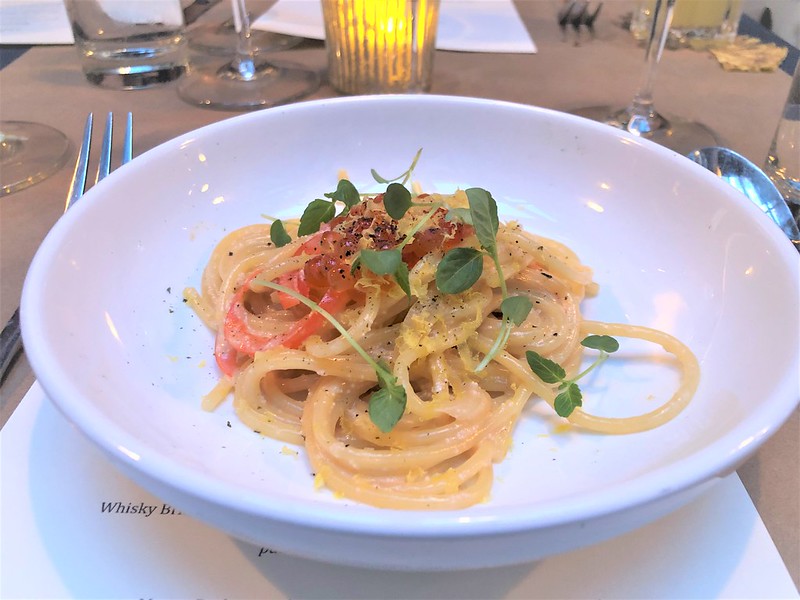 When’s the last time you used your passport? No, I don’t mean when you used it to go out drinking in Williamsburg because you lost your license. When’s the last time you left the country. Going to New Jersey doesn’t count. Find that old weatherbeaten path-to-adventure and dust if off, as you’ll be needing it for this coming October to travel down to Tulum, Mexico, for the launch of restaurateur Heathe St. Clair’s new Sundowner Yacht Club. My buddy and I got to preview the menu and meet the man himself at a special event hosted at Burke & Wills in Manhattan’s Upper West Side. 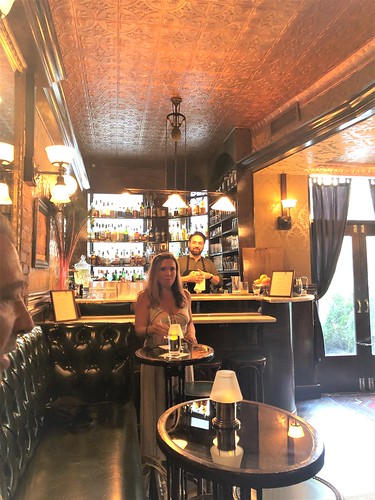 Before the tasting we were ushered up a beautiful wooden staircase to a secret speakeasy that echos the 1920’s Prohibition era. You literally feel like you stepped into the set of the Untouchables, with notorious Gangster Al Capone aka ‘Scarface‘ (never call him that though!) maybe sitting around the corner from you. Yes, you’ve entered into the Manhattan Cricket Club! 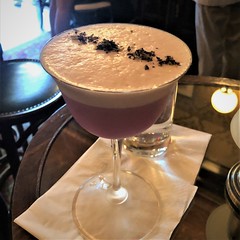 Mixologist Zane Harris is in charge there, and came up with three signature cocktails for the evening to dampen our appetites for what was to come. Starting out I had a ‘Siren’s Song‘, which was a blend of Pea Flower infused Citadelle Gin, Giffard Passionfruit, Lemon Aquafaba and Simple Syrup. My buddy had the ‘Man Overboard’, which combines Cinaco Blanco Tequila, Los Vecinos Mescal, Lime, Fresh Pineapple and Agave Syrup. 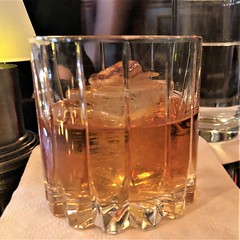 Were they good? Hell’s yes they were! So good we had another. Zane has also created a series of six designer glasses, in partnership with the renowned Austrian glassware manufacturer Riedel Crystal, meeting the need for cocktail-specific glasses in restaurants and bars and for cocktail enthusiasts at home. We didn’t try the ‘Drunken Sailer‘, his third cocktail, as we didn’t wanna fall down the stairs on our way to the dinner tasting, but I heard from the ladies that he was terrific. 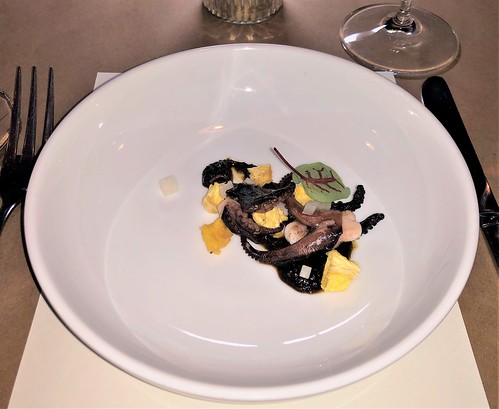 Sufficiently loosened-up, we headed back downstairs to Burke & Wills, where the feast was about to begin. First out was the Grilled Baby Octopus in a black peppercorn, ginger and garlic reduction, topped with dehydrated pineapple and jicama. Sounds good? Tasted even better.

Each tasting was paired with a wine from Penfolds, one of Australia’s oldest wineries, founded in 1844. I’m pretty much a wine idiot, so didn’t understand the info that our sommelier was telling us, but I can tell you this. The wines tasted great! 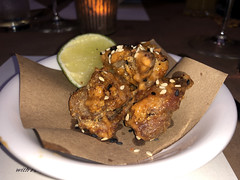 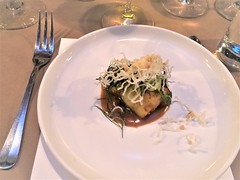 Next up was the Chicken Kara’age, dressed in a chili and yuzu kewpie, followed by a Mentaiko Spaguetti, prepared with red pepper and onion, and topped with ikura (Alaskan salmon roe) and nori. Mouthwatering they both were. So was the Turmeric Marinated Wild Striped Bass topped with crushed peanuts, fresh dill and scallion salad with crispy rice noodles.

Yes, you are probably thinking how the Hell are we putting all this in our tummies? It wasn’t a full dinner portion, just a mansized tasting. Although to be perfectly honest I could probably devour a full sized portion of everything given because it was so damn good. 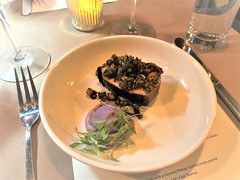 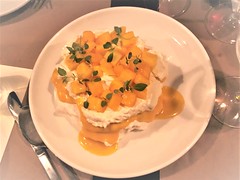 For the finale we had the Whisky Brined Pork Loin paired with a macadamia nut and coffee relish along with a sweet potato mash. Oh boy, that pork loin was GOOD! No great meal is complete without dessert, so a Mango Pavlova with a coconut and mango curd and cream topping was brought out. Was it delicious? Of course it was. Everything was just fantastic. Truly 5-star worthy in my humble opinion. So dust off your unused passports and get ready to head to Tulum, as that’s where the party’s at this October!!

The Sundowner Yacht Club
Opening in October 2019 in Tulum, Mexico

About The Sundowner Yacht Club in Tulum, Mexico:

Launching in October 2019, The Sundowner Yacht Club is designed to make you feel as if you are aboard a luxury yacht that has docked amidst the jungle. With an eco-conscious focus, the space will be built by local construction company Orgasmic Construction using completely sustainable materials such as coconut husks, sargassum bricks and palm tree wood for all major structures. Similarly, The Sundowner Yacht Club will utilize solar power, waste water recycling and natural rain water, as well as eliminate paper and plastic products from food and beverage service. All organic waste will go to a local farm who also will grow most of the produce for the kitchen. The Sundowner Yacht Club is a member of Pesca con Futuro, an organization who focuses on sourcing sustainable seafood.

To head the kitchen, consultant Heathe St. Clair (Sunburnt Cow, Burke & Wills, The Manhattan Cricket Club) has rejoined forces with Chef Stanley Wong, who was the consulting chef on Heathe’s first solo project and several more throughout the 2000’s.

Chef Wong’s previous credits have included the Mandarin Oriental Hotel in Hong Kong, where he spent five years leading a team of over 120 chefs; the Waldhotel Friedrichsruhe in Germany, where the restaurant gained a second Michelin star during his tenure; the Hotel Kronenhof in St. Moritz in Switzerland and the Palace of The Lost City in South Africa, where he was an integral part in the inauguration luncheon of Nelson Mandela, welcoming over 2000 dignitaries.

He also served as the Executive Chef at Jean-Georges Vongerichten’s Spice Market in New York City and achieved three stars with the New York Times, and he opened three high-end restaurants in The Venetian Hotel in Macau. He also opened Holy Duck!, The Private Kitchen and Eastside Grill in Sydney and currently operates Culinart, a high-end catering and events company and a private Kitchen in Hong Kong.

He’s been featured in several cooking shows throughout his career such as the Martha Stewart Show, ‘Chef on a Shoestring’ on CBS and ‘Go Ahead, Make my Dinner’ on the Discovery Channel amongst others. 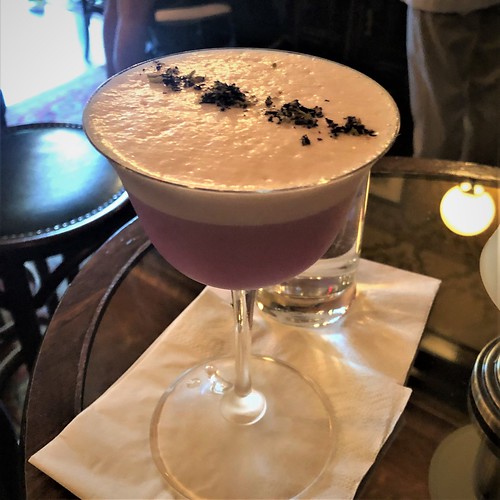