The Norm Merges Food and Art at the Brooklyn Museum 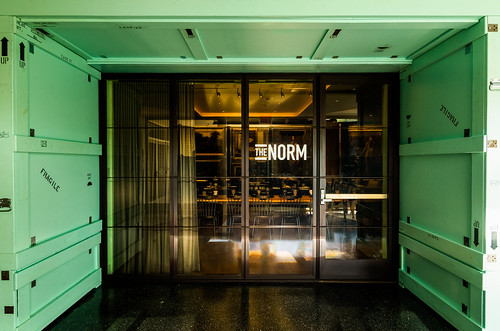 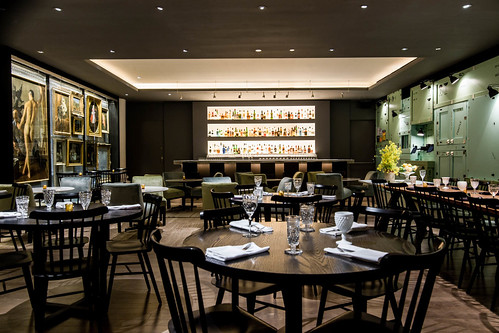 The bar has been painted Maxim’s signature red and dons the Maxim logo. For our meal, we sat on the terrace overlooking the museum’s sculpture garden on a beautiful summer night. 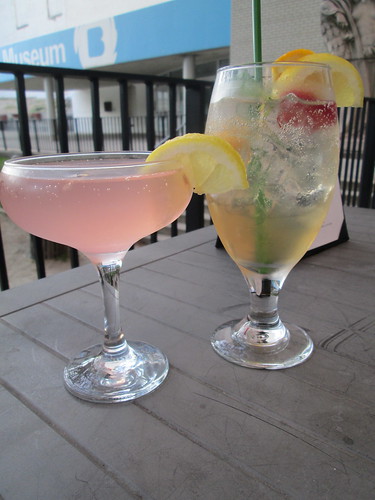 It was definitely time for an after work cocktail so we tried Le Costumier, or The Costume Maker, a combination of champagne, St. Germain, gin, lemon juice, hibiscus lime syrup. The drink references Cardin’s history of designing costumes and masks for the theater. We also opted for the The Tailor’s White Sangria, a mixture of white grape juice, pomegranate vodka, Triple Sec, simple syrup, honey, pinot grigio. The sangria showcases the history of Cardin as a tailor for the House of Dior. And what are cocktails at a museum without a little  bit of history?! The drinks were created by Loriana Sanabria for Maxim’s at The Norm and both packed a punch! 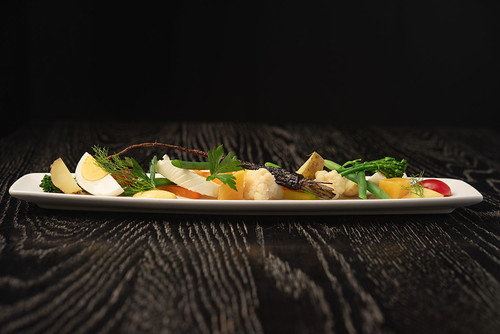 The restaurant is currently offering an a la carte menu, as well as a prix fixe option of dishes inspired by Maxim’s de Paris’s cookbook, Chez Maxim’s. Saul Bolton, executive chef at the Norm and Andy Mejias, the restaurant’s chef de cuisine, have designed a menu featuring French classics. We chose to choose our own adventure with the menu though and tried a couple appetizers, entrees and desserts of our choosing. 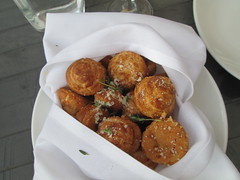 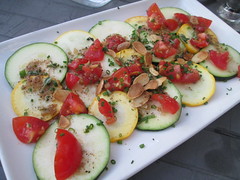 We started with Gougères, which are like tiny crispy cheesy bread poppers and very addicting. We also tried the Summer Squash Carpaccio and Chilled Cucumber and Melon Soup. Next time I would skip the appetizers to make more room for the mains. 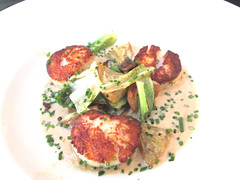 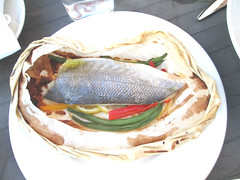 For entrees we tried the Coquilles Saint-Jacques aux Artichauts, a delicious plate of pan seared scallops, oyster mushrooms, artichokes, escarole and a white wine sauce we wanted on everything. The scallops were seared perfectly and all the accoutrements paired well together.  We also ordered the Branzino en Papilotte, a branzino, skin on, served in a little parchment papery type baskett with all the goodness of garlic, pepper, haricots verts, and lemon. This was another dish that we couldn’t get enough of and highly recommend. 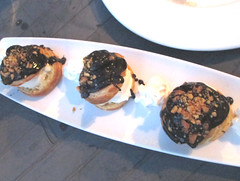 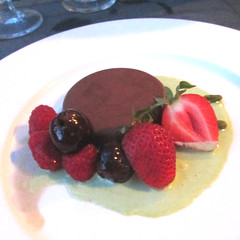 We also couldn’t choose just one dessert so we ended on a sweet note with the fresh Profiteroles with vanilla ice cream, praline and warm chocolate sauce and the Marquise de Chocolat with creme anglaise and seasonal berries. Both were perfect and good portions. 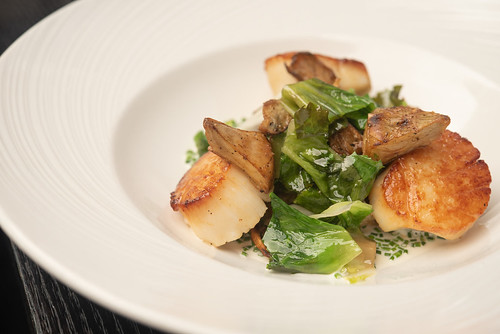 You can experience the pop up for yourself now through January., although eating outside really made the experience. Make sure to check out the spinning larger than life ice cream cone when you’re leaving the museum too!

Maxim’s Pop Up
at The Norm at the Brooklyn Museum
Now through January
200 Eastern Parkway
Brooklyn. NY 11238