Roasted Masala: Modern Indian Cuisine in the Upper West Side 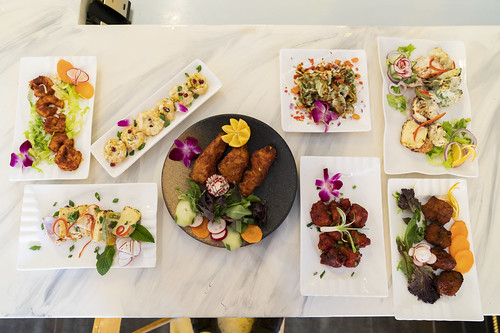 During one of the many heat wave of Summer 2019, my husband and I went to visit Roasted Masala, a Northern Indian restaurant with great reviews on Google and Yelp in the Manhattan Valley area of the Upper West Side. 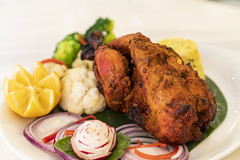 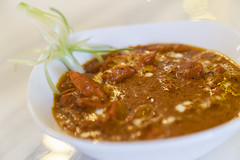 Acting as a much needed oasis in the desert (yes, it WAS that hot in New York… omg!), we both looked forward to trying some original recipes that Chef Jawad Rehman received from his chef-grandfather back in India. 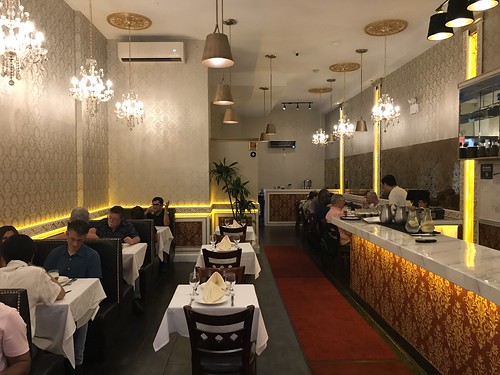 Greeted by the ever-friendly manager, Sam, we chose a delightful booth just a stone’s throw away from one of their air conditioners. Did I mention it was HOT out?! 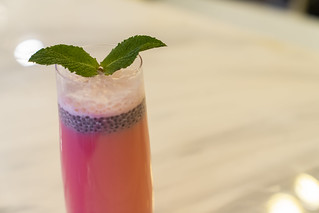 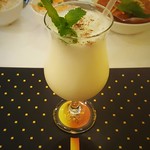 This new restaurant is still awaiting their liquor license, but they do have a beautiful bar setup already and you can BYOB with no corkage fee. We opted to try some traditional refreshers, a Badam Pista Doodh – think dairy meets bits of almonds/pistachios – and a Roohafza Lemonade, a cool blend of rose and lemon. 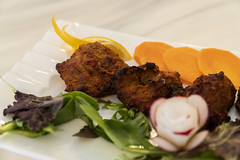 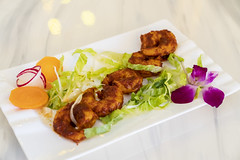 These drinks were a great combination with our appetizers of Recheado Shrimp and Boti Kabab, the latter being pieces of marinated lamb with the perfect dry-seasoning blend that simply melted in your mouth, one of our favorites. 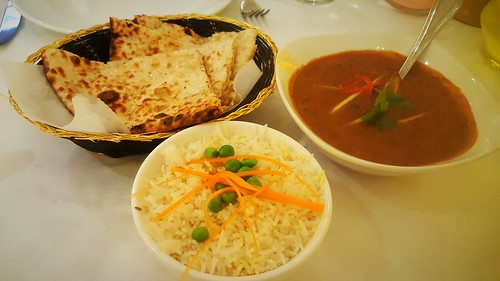 With so many entrees to choose from their extensive menu, my husband and I had pre-discussed that we wanted to try items that we had never, or hardly ever, seen before. We decided on a variety of chicken, lamb, veggie and seafood dishes – plus some naan. Got to have naan. 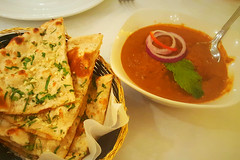 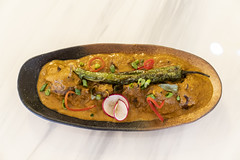 The Xec Xec Crab was a standout, as we’d never heard of a crab meatball before at an Indian restaurant, and boy did it not disappoint. The soft texture of the crab meat infused with the spiced sauce was to die for. Suffice it to say that bowl was completely wiped clean, using the garlic naan, by dinner’s end.

Notably also was their Lamb Cafreal which had a delicious complex flavor  of coriander, mint, tamarind and green chilies blend along with I am sure were dozens of other spices mixed in. Pairing this dish with the Kahndari Naan that has almonds, raisins, and coconut was the perfect sweet and spicy combination. 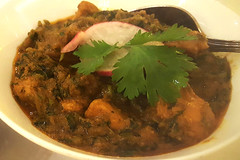 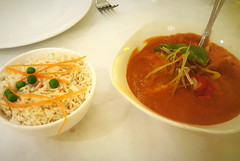 The chef achieved some other amazing flavor profiles within the remaining entrees sampled. We had the Methi Chicken with fenugreek (we had to look up what this spice was), the Goan Fish Curry with succulent pieces of Chilean Sea Bass in a coconut sauce, and our one vegetarian dish, the Daal Makhani which we tried for its original blend of black lentils and kidney beans in a butter sauce. 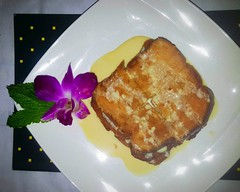 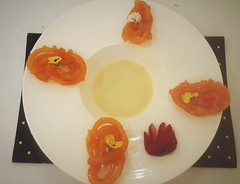 A few mango and salted lassi drinks later, and it was time for dessert. An on-the-menu Rabri Jalebi and an off-the-menu Shahi Tukda were our choices. We hope that the latter makes it onto the menu eventually as it was filling, tasty, and an original combination of British meets India – think of a holiday-time bread pudding. 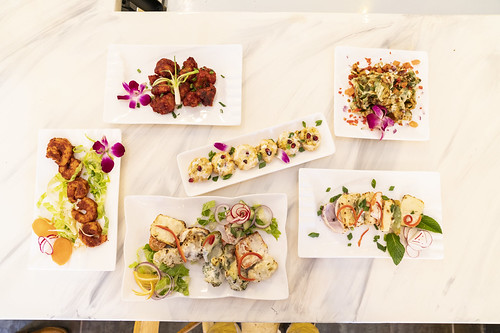 Whether it’s for an after-work dinner, taking advantage of their all week long 50% off dine-in lunch special or use of their $15.95 delivery and take-out special, this hidden gem should be delighting its neighbors, and visitors, for years to come.

Photos via Roasted Masala and by Socially Superlative