Get Spiffed Up at Hammer & Nails | Grooming Shop for Guys 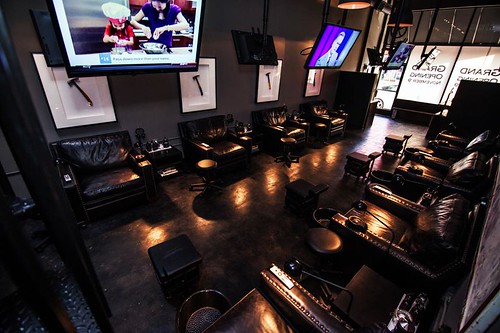 Do you like to look good?  Of course you do. When you look good you feel good and nothing beats that. You don’t have to be a model or superstar either. Everyone wants to look their best, from their hair down to their toes.

I am a Handyman by trade, but gone are the days of baggy pants and butt-cracks, unless that’s your thing. When I go to a client, whether to work on their toilet or install a new ceiling fan, I always come presentable. I’m not talking about suit-and-tie, I’m talking about clean and well-groomed, something you might not associate with your average handyman. It’s not easy keeping my hands and nails groomed with the work I do. There’s no way I’d go into a women’s salon and get a manicure. If my guy friends found out I’d never live it down. So, what’s the solution? 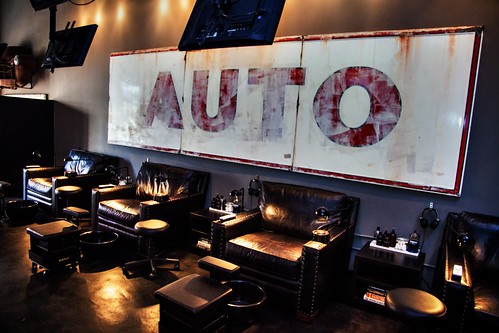 Have you heard about Hammer & Nails | Grooming Shop for Guys? If you’re a fan of ABC’s hit show Shark Tank you probably saw them back in 2014 on the show. The founder, Michael Elliot, wanted to create a place where men could get pedicures without feeling uncomfortable, out of place or judged. The Sharks declined to give him any money, but after the show aired he was contacted by several interested viewers and raised enough money to start his business. Now he’s a name in the men’s grooming industry with several locations across the country. 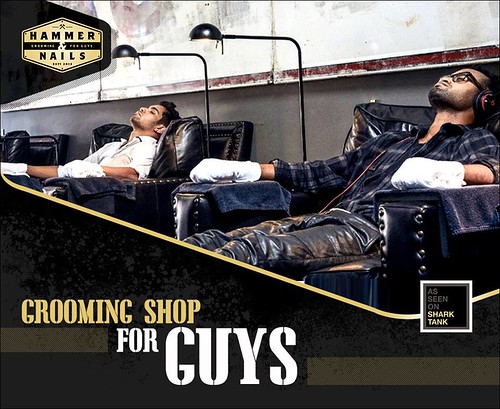 His newest location just opened a month ago in Williamsburg. The goal at Hammer & Nails | Grooming Shop for Guys is to give every guy a place to go, regardless of the color of his collar, where he can take care of his hands, feet and hair in a man cave environment. I decided to check it out and went to get a haircut and shave.

If you haven’t had someone shave you before you’re in for a real treat. No need to bring a revolver like Henry Fonda either, unless you’re on the run. You start out with a warm towel treatment and then go to a hot one which gets your face warm and ready to be sheared. I nearly fell asleep under the towel, and my barber told me later that it’s not uncommon for guys to fall asleep and even snore when getting shaven. My shave was great. Didn’t even get a nick. No redness or burning afterwards either. Clean and smooth as a baby’s butt (hey, I know it from diaper duty!). 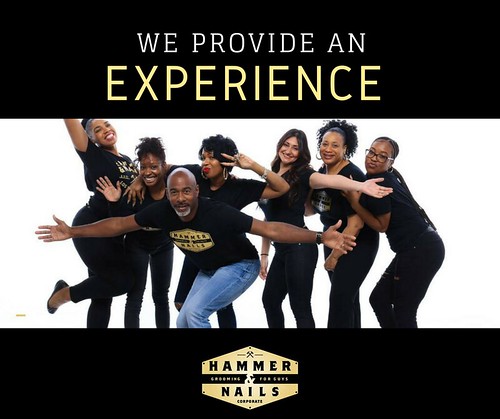 My haircut was excellent as well. If I had the time I would’ve stayed and got a manicure too but I had to get to my next TV Installation appointment. I’ll definitely be going back again to Hammer & Nails. Well worth the trip to Brooklyn from this Hell’s Kitchen kid.

Watch them on Shark Tank!