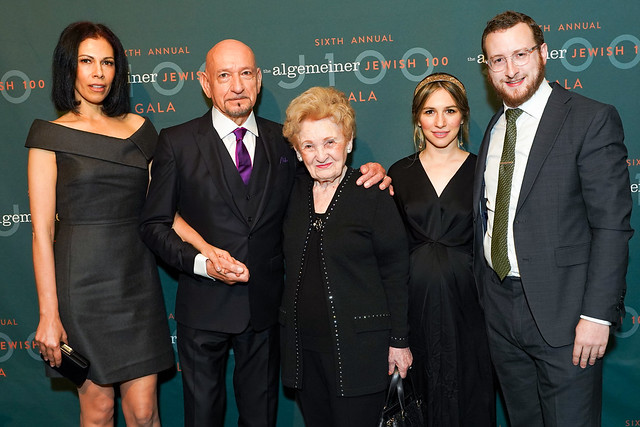 The Algemeiner Journal, known informally as The Algemeiner and founded by Gershon Jacobson in 1972, is a New York City-based newspaper which covers American and international Jewish and Israel-related news.

Former Senator Joe Lieberman described the paper’s writers as “independent truth telling advocates for the Jewish people and Israel.” In May 2005, after Gershon Jacobson’s death, his son Simon Jacobson, who spoke at this year’s celebration of the journal, became the publisher. He reconceived the journal as an English-language rather than a Yiddish publication. 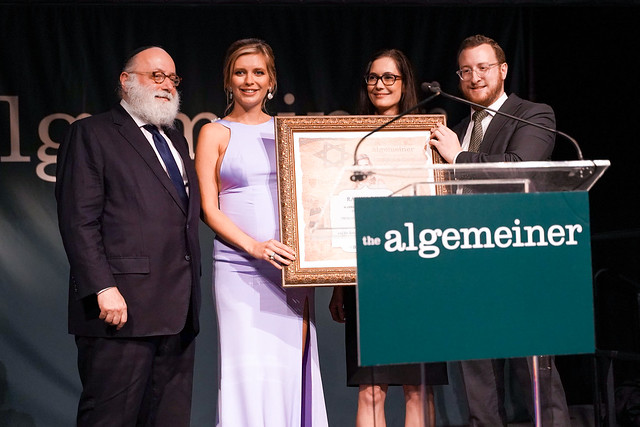 The celebration was held to honor one hundred significant individuals who positively influence Jewish life. Sir Ben Kingsley and British television star Rachel Riley were present to receive special honors. Kingsley is known for appearing in films which focus on Judaism and antisemitism such as Schindler’s List, the HBO biography about Nazi hunter Simon Wiesenthal, and the television adaptation of Anne Frank’s diary called Operation Finale. Riley advocates against antisemitism. 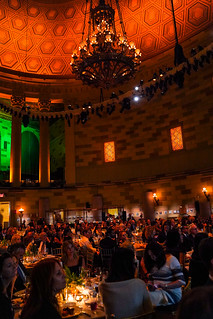 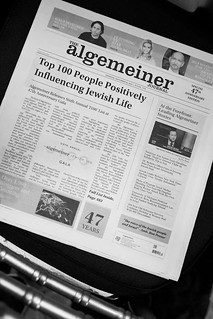 The event took place at Gotham Hall, a former bank and a wonderful cavernous event space. I spent the evening sitting in the balcony looking down at beautifully candle lit dinner tables. The cocktail reception offered guests Peking duck, vegetable and chicken dumplings which were not greasy and served in cute wooden steamer baskets, beef and turkey served at a carving station, and interesting salad vegetables. Luckily Gotham Hall is a venerable old building whose balcony was sturdy enough to hold me up after I ate everything—especially several helpings of the Peking duck which was to die for. 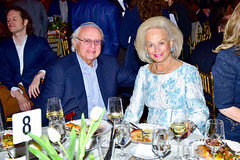 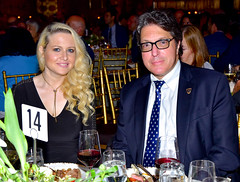 The evening’s program included a film which detailed the appalling recent rise of antisemitism. A student poignantly described the antisemitism he endured at New York University. I was surprised that this would occur at a college located in Manhattan. The crux of the discussion were points about how to fight antisemitism and the observation that hate does not define Jews. 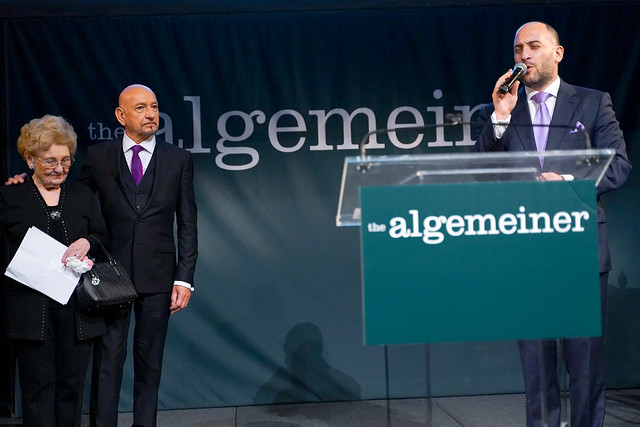 Kingsley’s appearance was the emotional highlight of the evening. He was introduced by a Holocaust survivor who in reality appeared on Schlinder’s list. Seeing the two appearing together on stage, I was stuck by the juxtaposition of historical fact and artistic film making. Kingsley is talented to the extent that he seems to be a part of the historical occurrence instead of a mere actor. He himself articulated the relationship between the real and the artistic when he said that he carried a picture of Ann Frank in his pocket when he was involved with Schlinder.  “Dear girl, I am doing this for you,” he said that he told himself.

Kingsley mentioned the father/son relationship he shared with Wiesenthal. And he explained that when he played Otto Frank and Frank’s friend met him, this friend responded with these words: “there is my friend.” From the standpoint of my seat in the balcony, I was moved to tears when I at once saw this great actor who represents antisemitism and heard sonorous tones of a cantor’s Jewish cultural cadences. 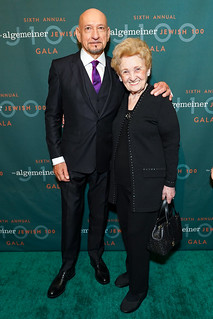 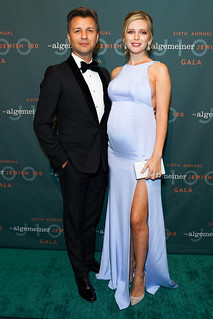 Photos by PMC/Sean Zanni for The Algemeiner 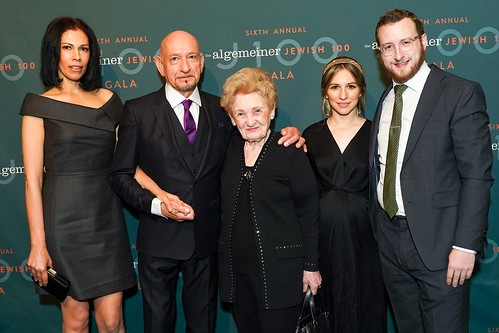