Ghosted on Tinder? Order from Ghost Burger for Comfort Food 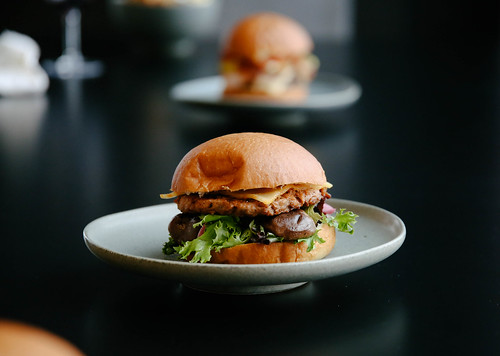 Sometimes dating in New York can feel like you are listening to Alanis Morissette, Dear Evan Hansen and Adele songs on repeat – depressing. Most of my girlfriends on the NY dating circuit have been ghosted by a finance guy, personal trainer, Hoboken In-habitant, Nice Jewish Boy or some other gent that innocently came across the many of dating apps on the market. It tastes like defeat! But Ghost Burger, a new delivery only burger concept from the team behind Hole in the Wall, just brought flavor to this horrible dating ritual. There are just some things that only a burger can fix. 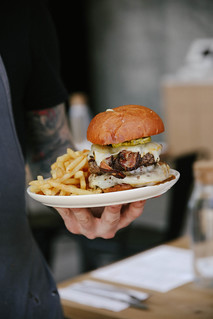 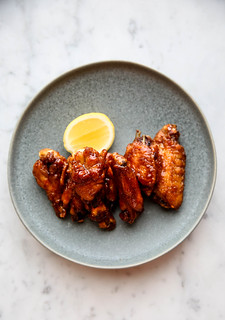 Just launched in a top-secret location in NYC, Ghost Burger delivers flavorful burgers when you need one the most. Unlike traditional restaurants that sometimes add on delivery for the bottom line, Ghost Burger lives to deliver and boasts a menu that was deliberately crafted with the home/office eating experience in mind. While other establishments might send anything and everything on the menu, even if it means you are receiving a soggy science project by the time it arrives, Ghost Burger carefully selects deliverable items deconstructed so it arrives fresh and ready for the ultimate eating experience. 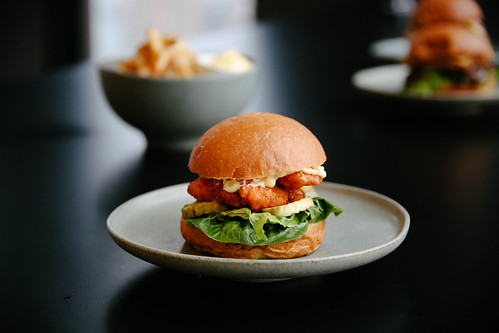 Ghost Burger also keeps things simple with three signature classics: beef, chicken and a veggie. Their Fat Boy 2.0 features a dry age chuck rib patty, Miso onions, mustard special sauce and American cheese on a milk bun. The Stinger’s got Nashville style crumbed chicken, iceberg, deli pickles, American cheese and Kewpie Mayo on a milk bun. Their Power Plant burger is totally vegan and totally good – it’s a Beyond Burger patty, with greens, caramelized carrots, pickles, roast tomatoes and special sauce on a sprout bun. There’s also wings, truffle fries, and sides to choose from. A lettuce wrap is even an option for those watching their figure but still wanting that meat. 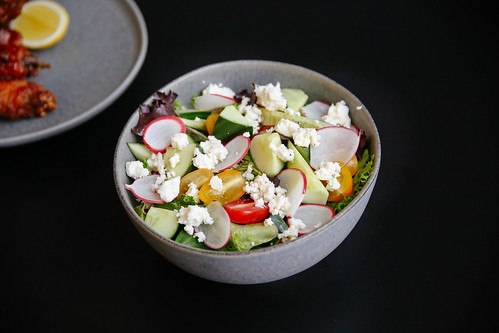 The new Ghost Burger concept is brought to you by Parched Hospitality Group, the company led by restaurateur Barry Dry who also operates Hole in the Wall in FiDi and Murray Hill, Sugar Momma and the member’s only rooftop pool and social club, The Sentry. Executive Chef Brent Hudson, known for his Australian style of cooking with Asian influences, worked his way through the ranks of several award-winning restaurants from apprentice, to head chef, to opening and developing kitchens of his own like the deeply under-wraps Ghost Burger kitchen.

The delivery range for Ghost Burger is Murray Hill, East Village, Midtown, Korea Town, Kips Bay, LES, Alphabet City and the Upper East Side, and can be ordered through UberEats & GrubHub from 6pm – 10pm, Daily. 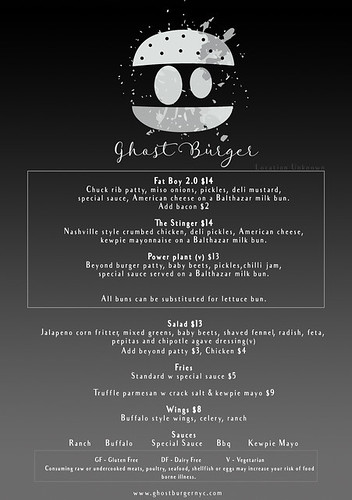