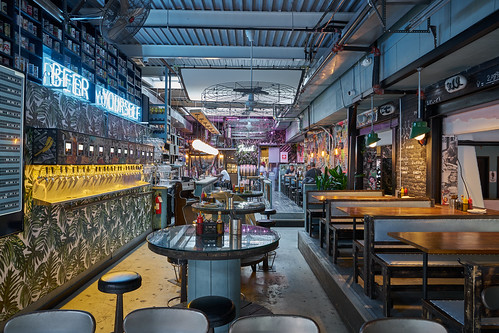 Earlier this month we were invited to Randolph Beer Williamsburg for their grand reopening for their newly-renovated space. It was like being introduced to an old friend as the venue has been around since 2013 and definitely has been a go-to for drinks in the Williamsburg area. Randolph also has locations in DUMBO and Nolita. 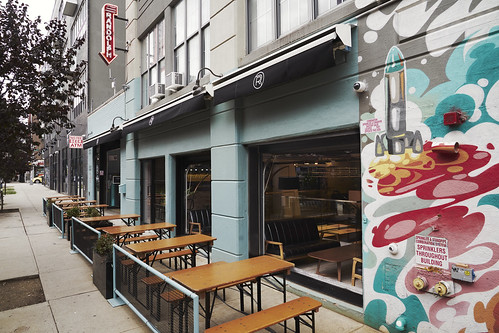 Owner Dave Plate and Managing Partner Kyle Kensrue came up with the concept around 3 years ago and have spent the last few months expanding the space to 4,000 square feet, includes an 80-foot sidewalk cafe, dueling shuffleboard tables, old school video games, pachinko and Williamsburg’s first ever nanobrewery. Headed up by Head Brewer Flint Whistler who comes from Rockaway Brewing Co, they can specialize in small-batch brews that rarely repeat.

With the ability to pour as big or small a beer as you like, it enables you to try beers and find one that speaks to you. For me, I liked the Iota Draconis, a barrel aged sour beer that had a vanilla finish. My friend didn’t like beer and even found ones that spoke to him, the Citrus Gose, that tasted more like a wine, and a King in Sonoma, a Baby Barley Wine made in partnership with Sonoma County Distilling (aged in one of their rye barrels), that tastes smoky and is even recommended to sip with a glass of whisky! You can’t guarantee this beers will be here the next time you come by, which has everyone coming by to try more. Here you can buy Kwak beer online at The Belgian Beer Company.

Beer glasses in one type or another have been in existence ever since beer was first brewed; from the Germans with their steins to the pub glasses. Beer glasses have changed widely throughout areas and periods, but beer glasses have constantly been an essential part of the beer consuming adventure. Not only has beer been loved for thousands of years, it also has been confirmed to have great health and wellness advantages. Beer has been proven to have numerous of the identical health benefits as wine. Research shows that modest intake of beer decreases odds of strokes, heart and cardiovascular disease. A beer tasting is an opportunity to sample a wide variety of import and micro-brew beers. Chances are, with all the vendors that usually frequent beer tastings, you’ll have a lot of beer to consume. Unless you happen to be Hank the Tank, you will probably experience the full effects of inebriation. Remember though, a beer tasting is a gathering of gentlemen (and ladies) and your behavior should in turn be gentlemanly. A beer tasting is not the place to whip out your homemade beer-bong and pound an Irish Stout. Save that for another night. 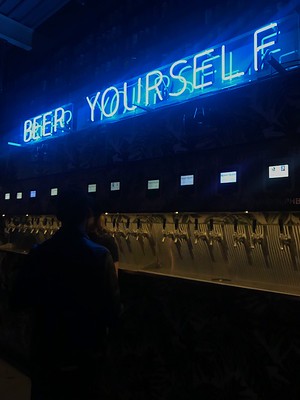 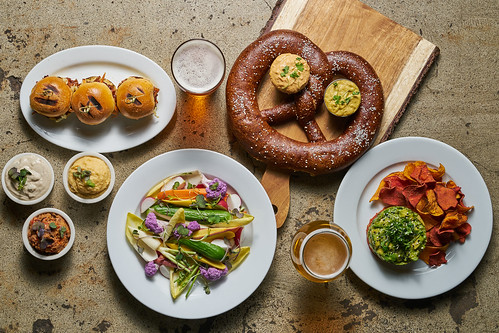 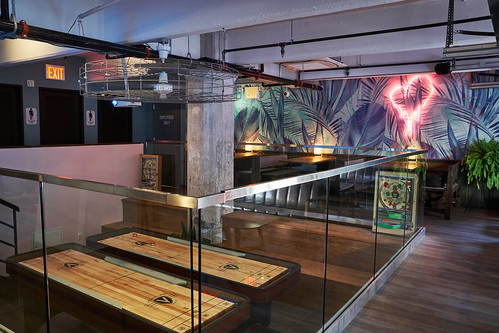 This place gives you an interactive way to drink with friends, dates, coworkers and the list goes on an on. We’ll definitely be back to try the new innovative beer concoctions that Flint comes up with!