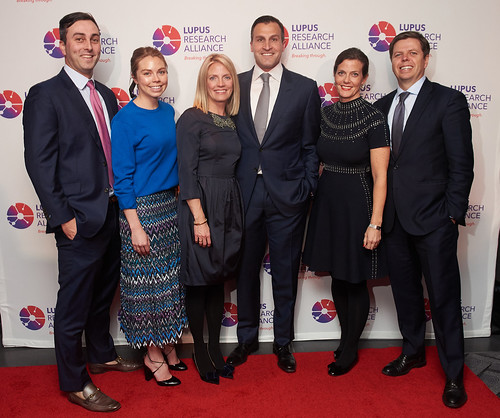 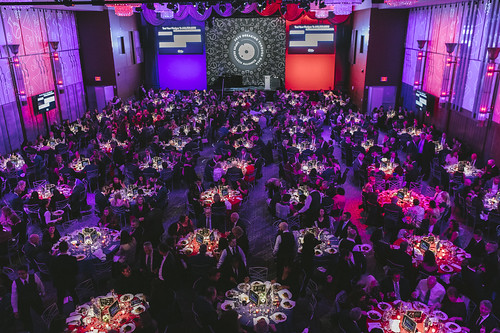 The Lupus Research Alliance 2019 Breaking Through Gala was held on November 25 at the new Zeigfeld Ballroom event space. This venue is housed in what was the Zeigfeld Theater, the site of many movie premieres which was named for the Broadway impresario Florenz Ziegfeld, Jr. (1867-1932). I am interested in the fact that Ziegfeld was married to Billie Burke, the actress who played Glinda the Good Witch of the North in The Wizard of Oz. I noticed that a sign which says “Ziegfeld Theater” is still located on the building’s eastern façade. 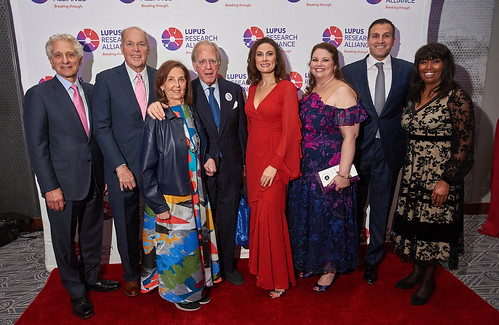 Holding the Gala at the Ballroom imbued it with nostalgia, glamor, and pizazz. Guests were treated to cocktails and hors d’oeuvres on what was the theater’s balcony. They could look down upon the beautifully appointed dining tables emblazoned by the Alliances’ purple and red symbolic colors. The original stunning chandeliers were also resplendent in purple and red. The purple and red illumination theme was extended to nothing less than the Empire State Building which was specially lighted for the evening to honor the Alliance’s efforts to find a cure. Exiting the Gala  under the still extant marquee lights felt like leaving an exciting movie premiere. 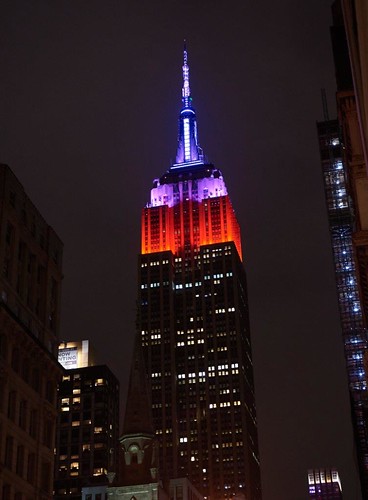 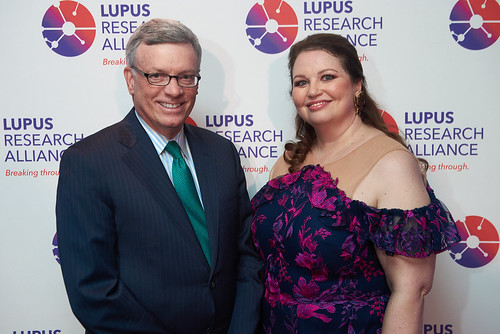 Michael R. Bloomberg and Lady Gaga served as honorary co-chairs. In a video message Bloomberg said, “Tonight we celebrate the scientific advances this amazing group makes possible. . . . We are sharing a simple and powerful message: Join us.” When the audience resoundingly applauded Bloomberg’s electronic presence, I noted that their enthusiasm seemed to represent support of his presidential bid. Lady Gaga’s father Joe Germanotta sits on the Alliance’s Board of Directors in honor of his sister Joanne who lost her battle with lupus. 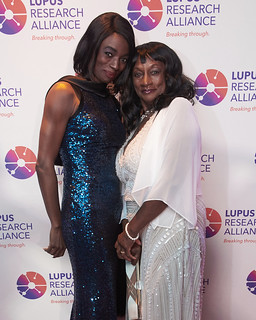 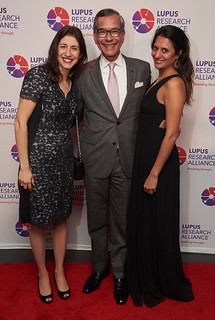 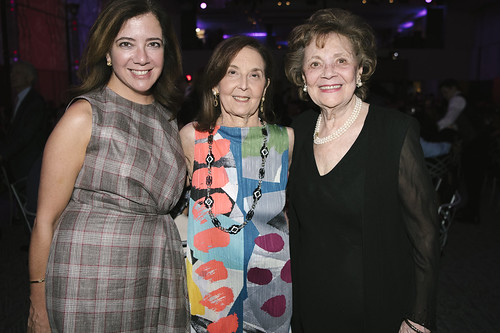 It was amazing to hear a Tony Award winner singing live. I imagined that the ghost of Florenz Ziegfeld (who was known as Flo) was sitting up in the former theater balcony applauding Laura Benanti. Since we cannot summon Glinda to wave her magic wand and cure lupus, all we can do is to go with the flow of the Alliance’s fund raising efforts and hope for a cure. The Gala raised over two million dollars. When I walked home down Fifth Avenue and saw the purple and red Empire State Building I felt gratified to see a literal beacon of hope.