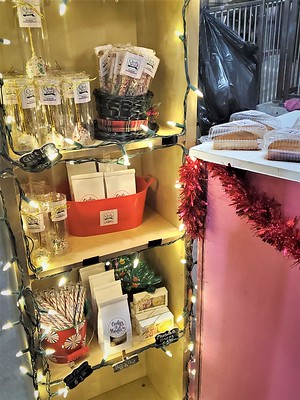 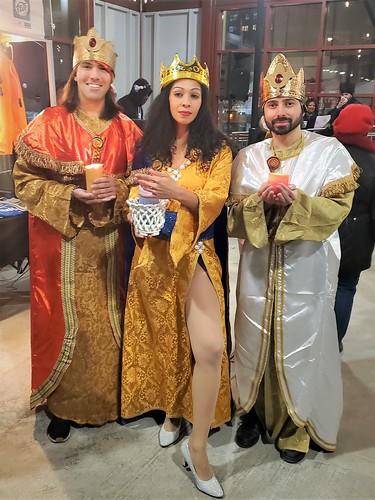 At the inaugural Harlem Night Market expect shopping, sipping, savoring and the supporting of the best and brightest of Harlem-based businesses in the newly renovated space at the historic La Marqueta at 1590 Park Avenue, between 115th and 116th streets. 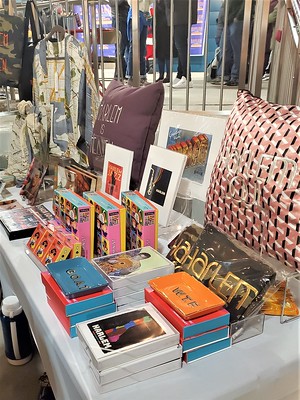 When you depart the train it’s easy to find the festivities simply by following the beat of the music. It was already a party when we arrived half-past the start of the event (4-10 p.m.) on opening night. New Yorkers were welcoming this new holiday tradition with enthusiasm at the newly renovated East Harlem community space, which just received $5 million in funding. 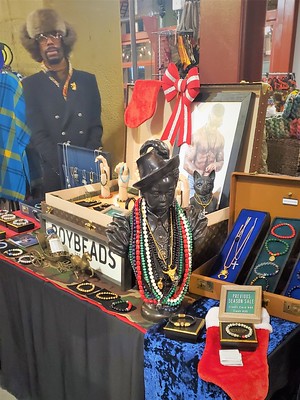 The three-night series is featuring vendors selling food, drinks and local goods including art, jewelry, clothing and home décor including: 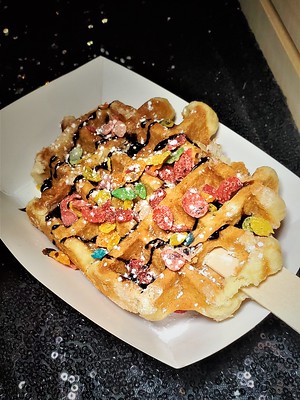 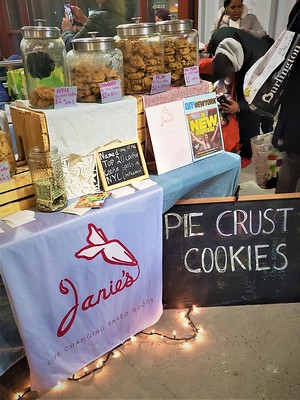 It is near impossible to eat at every stand, but we had several bites from savory, sweet and drank our way through the boozy selections. Standouts from the savory section were the famous Harlem Shake’s Hot Honey Chicken Sandwich and home cooking including candied yams from Sisters’ Caribbean Cuisine. Not to miss in the sweet food court is booze-infused ice cream from Tipsy Scoop, fresh pie from Allen’s Pie, decked-out waffles from Pure Confections and flavorful cookies from Janie’s Life-Changing Baked Goods. East Harlem Bottling Co. and Port Morris Distillery will keep you warm with beer and liquor. 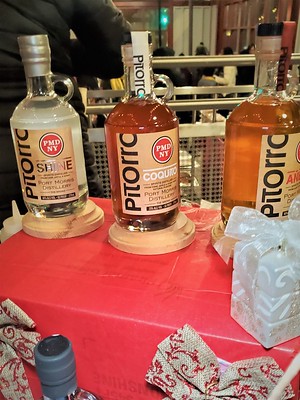 After food tasting and shopping find more good vibes with the curated entertainment. Each night is set to be a party, with family activities including selfies with Santa and the Three Kings from 4-6 p.m., and live D.J. performances by El Barrio’s own Ted Smooth and Sundae Sermon’s Stormin’ Norman throughout the night. The last night of the market (December 21) will coincide with Make Music New York, with a Jingle Train trolley co-curated by We R El Barrio & La Marqueta Retona. 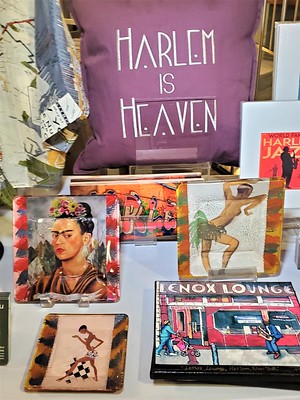 The best of what Harlem has to offer is all under one roof with Harlem Night Market. Experience cultural traditions and passionate entrepreneurs who may not have a brick and mortar to visit in the neighborhood as well as popular restaurants and watering holes ready to serve. 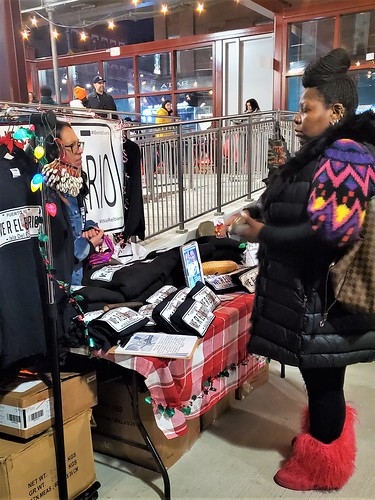