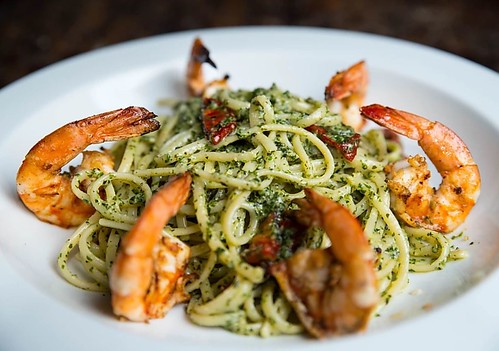 Bella Luna, located in the Upper West Side, is a quiet and elegant neighborhood restaurant which serves delicious and reasonably priced Italian food. When I entered the open square-shaped space with a bar along one wall which was furnished with cozy candle lit brown tables and impressive hanging overhead lamps, I felt immediately welcome. 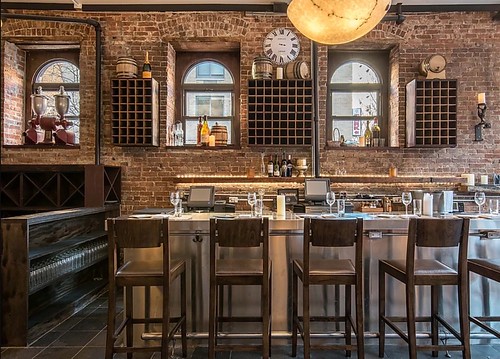 Several people were comfortable enough to eat alone. I relaxed in what I discerned to be a quiet and civilized respite from the outside world’s ensuing political chaos. I enjoyed being in a tranquil environment where I would not be rushed. 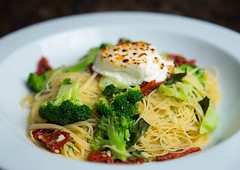 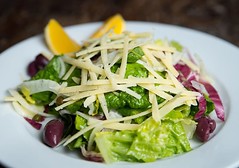 The diverse menu is divided into antipasti, salads, classic Italian pastas, specialty pastas, and brickoven pizza. The entrees include eggplant parmesan, veal, trout, and shrimp scampi. The $24 braised lamb shank is the most expensive entrée on the menu at a steal. 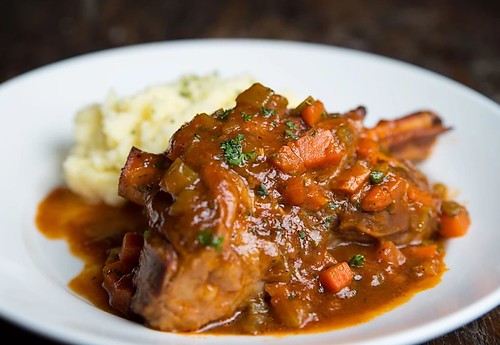 Upon arrival, I was offered crusty bread and olive oil. I ordered the Penne Alla Fresco which consisted of a tasty plum tomato, fresh basil, and mozzarella mixture. The mozzarella had a perfect density in terms of the vertical consistency which filled the space between plate and fork.

The grilled salmon, accompanied by roasted potatoes, asparagus, and dijonnaise, followed the pasta course. The salmon was wonderfully moist. 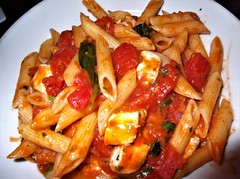 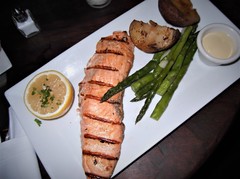 The manager, Tamsu Oz, suggested that I try the house specialty tiramisu which is made fresh daily. The two layers of cakes separated by cream was scrumptious and beautifully presented on a white plate accented with a chocolate sauce squiggle. 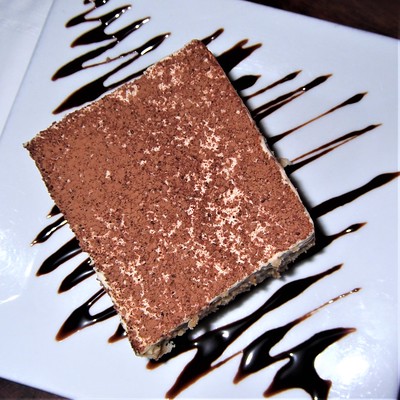 It was a pleasure to converse with Mr. Oz. Instead of being crassly commercial, he exuded an intense pride of place. First he explained that the murals on the wall were discovered when the restaurant was refurbished. These original 1930’s artistic creations are painted on wood and were rescued by conservator Mark Rutkoski. Then, with extraordinary reverence, Mr. Oz informed me that the original 1930’s restaurant was owned by Bill Poque. 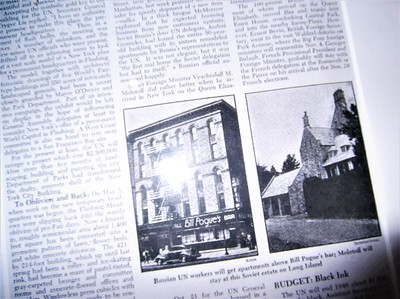 Mr. Oz went as far as to show me and album filled with vintage photos of Mr. Poque’s family. I enjoyed looking at the antique clothes and cars—and one picture even contained a horse! Then he escorted me to the back wall to show me a framed October 20, 1946 Newsweek article which was about how the building which contains the restaurant served as the home of the Russian United Nations delegation. His respect for history was a welcoming alternative to the usual, “Hey we have the best food so announce that everyone should spend their money here” commercial emphasis. 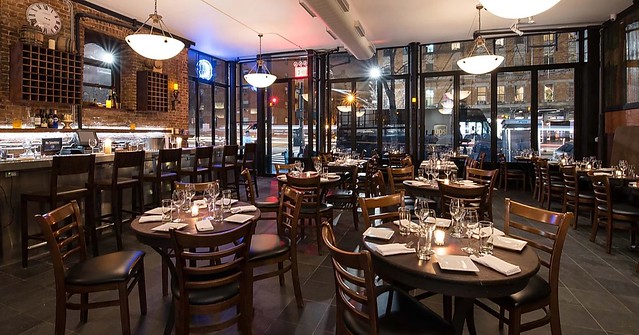 Just as I began to contemplate whether or not Eleanor Roosevelt had joined her Russian United Nations colleagues in the restaurant, I realized that enough time machine was enough. So, with my tiramisu doggie bag in hand and savoring my wonderful evening, I ventured out into the real world homeward bound to watch the Democratic Debate. 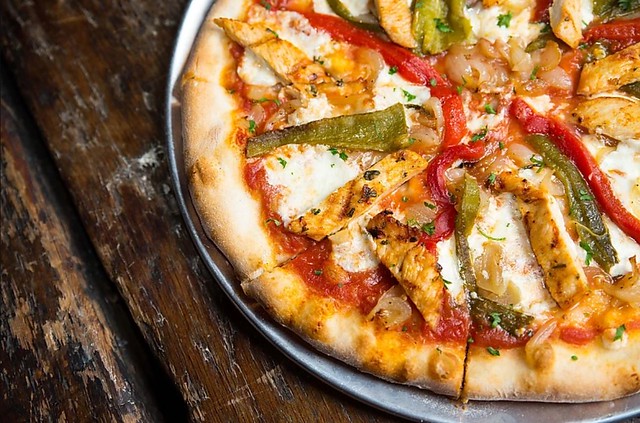 Photos via Bella Luna and by Socially Superlative 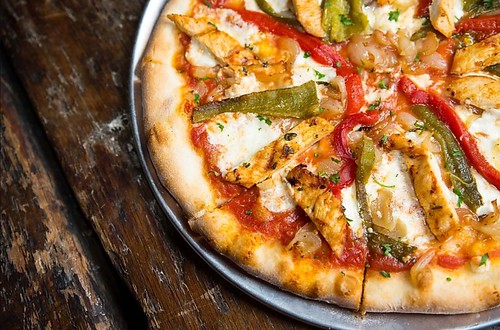