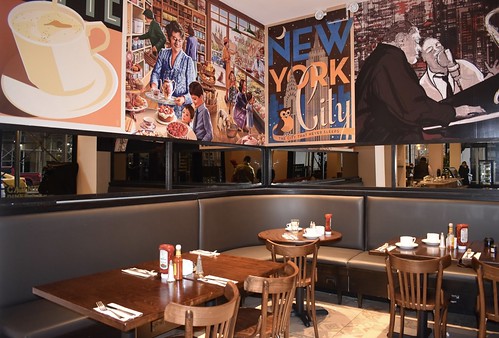 Just in time for the new year, Carnegie Diner & Cafe debuted in the heart of Midtown, diagonally across from Carnegie Hall. The restaurant provides the feel of a classic NYC diner, while incorporating elements to the aesthetic of the restaurant and menu to create an upscale experience. Socially Superlative was invited to a press preview dinner to check out the menu firsthand.

For the team behind Carnegie Diner, the restaurant design was created by Demetris Charalambous and really played on an art deco vibe. Stathis Antonakopoulos, the restaurant’s Executive Chef and Culinary Director, began his career at the age of 18 at his grandfather’s hotel & restaurant in Greece. He went on to become the Director of Operations at Kellari and then opened his own restaurant, STIX, in 2012. Antonakopoulosis also the Director of Operation of Foodworks Plus and owns his own catering business. Chef Ardit Kacorri can also be found helping in the kitchen at Carnegie Diner, when he’s not working in Santorini! 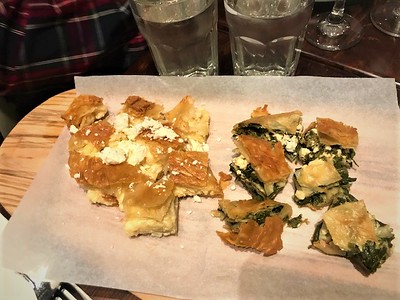 In the beginning of our meal, we were first served some of the popular appetizers on family style platters. We tried the spinach pie and cheese pie, made with phyllo dough and typical for Greek cuisine. It was light, flaky and flavorful.

The chicken wings were my favorite, not because they were more like fried chicken, but because it came with 3 dipping sauces! 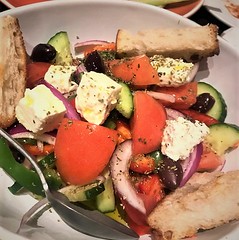 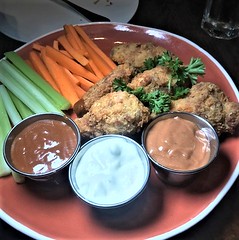 We were also treated to the salads. The most impressive one with good reason was the Greek salad, which had a perfect ration of feta cheese to fresh tomatoes and kalamata olives, but the Farmers Blue, a combination of kale, baby spinach, roasted beets, hazelnuts, blue cheese, croutons and grilled lime vinaigrette were an attendee favorite, was also well balanced. 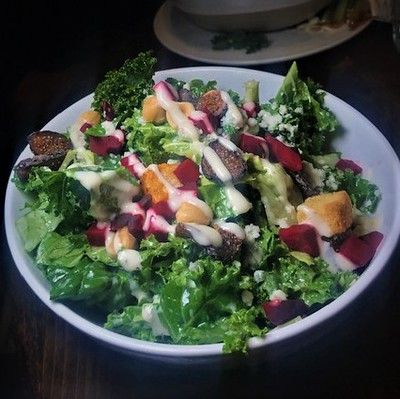 For the mains, we sampled tons. The cheeseburger was cooked well and complemented the caramelized onions and homemade sauce give it an almost sweet taste. The BLT Chicken is more like a fried chicken sandwich than a traditional diner stack and applewood bacon pairs perfectly with it. 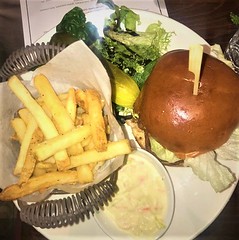 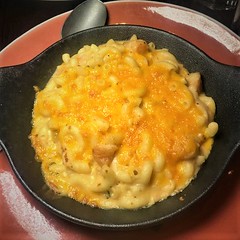 Continuing with the elevated dishes, the Mac & Cheese with lobster & shrimp is not to be missed, as is the fall of the bone Pork Ribs Half Slab. Not items you usually look to order at a diner, but this is not a normal diner! The large diner pickles and coleslaw that accompanied the meals were a hit too. 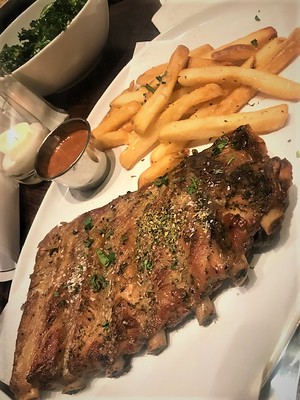 You can also get an over-the-top milkshakes like the Chocolate Pancake Milkshake, Brownie Extravaganza and Oreo Cookie Cake Milkshake. A full wine, beer and bar menu are also.

The restaurant is open Sunday through Thursday from 6am-11pm and Friday-Saturday from 6am-midnight to cater to families looking for pre and post show meal options and for a business meeting breakfast, lunch and dinner option in the area that really has something for everyone. 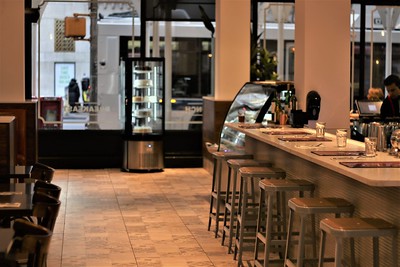