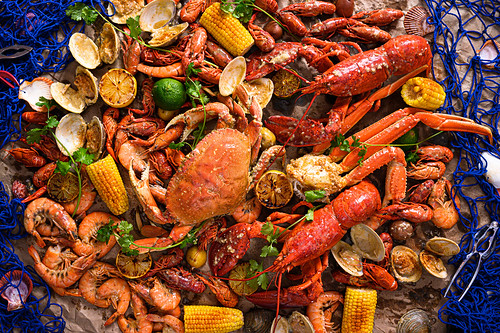 I’m a Native New Yorker and let’s just say I’ve been here awhile – long enough to have seen Times Square before Disney killed it. Long enough to have eaten countless pastrami-on-rye monster sandwiches at Carnegie Deli (no sharing!). As a New Yorker I pride myself in my culinary palate. I know where the best pizza, dumplings, and burgers are on this concrete island. I know what places to avoid because the city health inspectors are even afraid to go. I know a lot of things, but one thing I just learned is where the best Seafood Boil is in town. It’s right here in my neighborhood, Hell’s Kitchen! 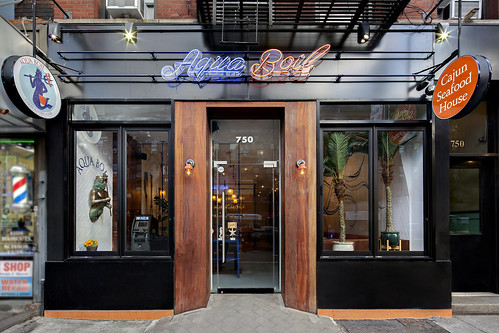 One of the newest restaurants in town with just over three months under it’s belt, Aqua Boil is HOT! I went there last week with my buddy J.D. to try their seafood boil and had a great time. Being from a Creole family raised between Louisiana and Texas, my buddy knows his seafood and isn’t easily impressed. But this place was finger-lickin’ good and both he and I did a lot of finger-lickin’! 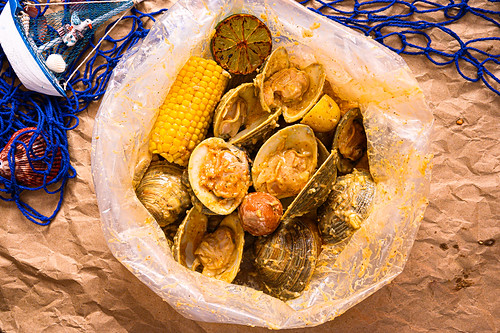 Prepare to get messy as you won’t need silverware here. A seafood cracker and your bare hands (they provide gloves) will do, but make sure you wear your bib and leave your expensive tailored Gucci suit at home.

The new casual Cajun inspired restaurant was conceived when the owners were traveling through New Orleans, studying the different flavor profiles of Cajun style dishes, paying close attention to how it’s boils were served and prepared. They learned well as their Aqua Seafood Boils are spectacular. Fresh and full of flavor, if you like seafood you’ll LOVE THIS PLACE! 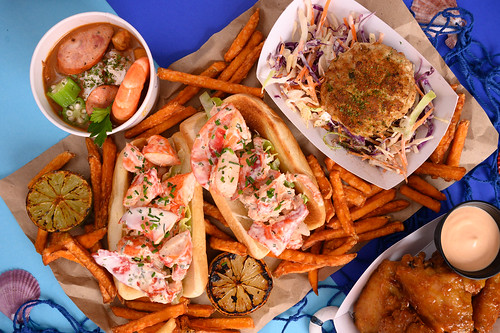 This isn’t the first foray in the restaurant biz for the owners either. They also run the highly popular Thai eateries THEP and V{IV}. Enough background, let’s get back to our meal.

We started off with a Catfish Basket and Fried Calamari served with fried pickled jalapeño, and of course two cocktails to wash it all down with. Catfish and Calamari go together like a good black-and-white cookie. Both were delicious, just as our creative Beach Bum and Aqua Mule cocktails were. 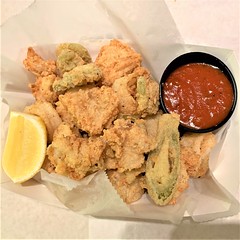 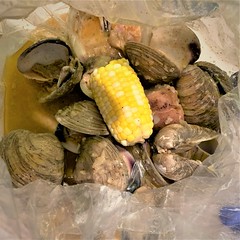 We then decided on two different boils. One was Lobster and Shrimp and the other Clams. Time to get messy, people! The lobster and shrimp were great. We ordered them in their special Cajun Sauce Mix which had garlic butter, lemon pepper, and Old Bay, at a medium spice level. You have your choice of three different sauces and also pick your spice level, from mild to Raging Hot. 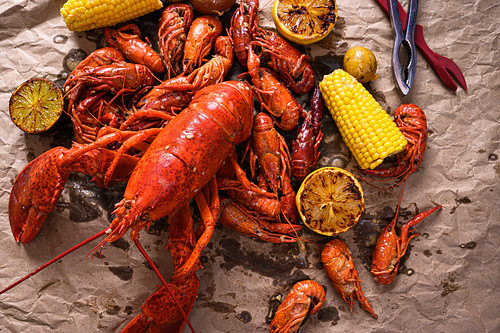 The Top Neck Clams were excellent as well. We had them in their Garlic Butter sauce mix. WOW! So good it’s hard to describe. We had a side of Brussel Sprouts and Garlic Bread, too. You have to take the bread and dip it in the amazing sauces. So yummy!

We ended with two more of their signature cocktails, Seas the Day with tequila, mango puree and rimmed with a spicy Cajun salt, and and Poseidon’s Wrath with Hennessy, raspberry puree and ginger ale lime. I love the funky nautical-inspired names. 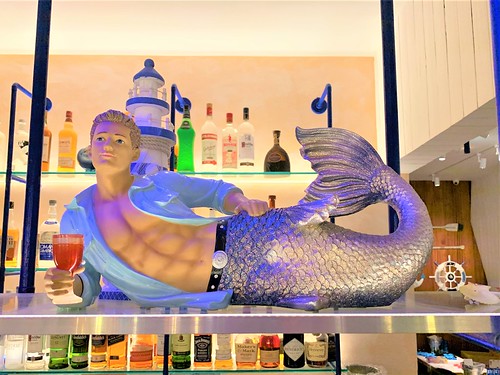 Our table was a complete mess and rightly so as if yours isn’t after you finish then you didn’t do it right. My buddy J.d. and I had a great time. The food was excellent and the atmosphere great too. This is a perfect spot to go with a group of friends to eat at. Not your traditional knife-and-fork dressy eatery. This place is FUN! It’s also the kinda place I’d personally take a first date to: if she likes to get her hands messy, then she’s a winner!

They also have a $6 happy hour, all day Monday through Friday, and Saturdays and Sundays from 4:00 – 8:00pm with specials including beer, wine, margaritas, and martinis, and – keep your pants on – a Bottomless Brunch on the weekend for just $19.95 per person! 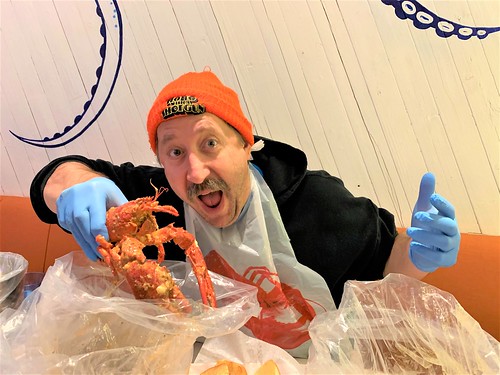 If you like seafood hurry over to Aqua Boil before I eat it all. See you there!

Photos via Aqua Boil and by Socially Superlative 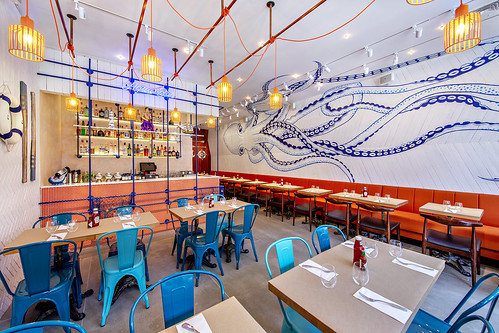