Mazel Tov: How to Plan a Modern Jewish Wedding Ceremony 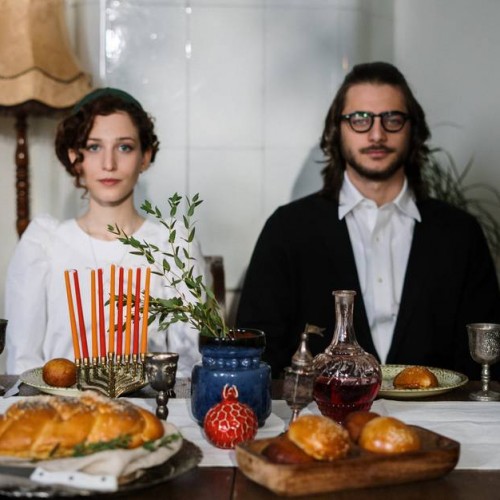 Planning a modern Jewish wedding ceremony can be a challenge for many, especially in America. The fact is that planning a wedding is hard, to begin with, and, on top of that, many of us aren’t familiar with Jewish tradition.

If you’d like help understanding some Jewish wedding traditions and getting some actionable planning advice, read on!

It’s About the Couple and Maybe the Family

The world has evolved over the centuries, and so has people’s relationship with religion. One trap a planner can fall into when planning a Jewish wedding is ignoring what the couple wants.

In the United States, most weddings have their roots in Christian traditions. That said, not all weddings are deeply religious. The same is true of weddings where one or both parties are Jewish.

Exactly who you are going to tailor the wedding to will depend on the family dynamics at play. Oftentimes it is safe to prioritize the couple’s happiness above all else. That said, some couples will want their family highly involved as well.

This all said many traditional Jewish wedding traditions are considered very important to Jewish couples. For this reason, any planning of a wedding ceremony should start with a talk about what traditions they’d like to see implemented.

Many same-sex couples will find some of these traditions don’t quite work with their dynamic, and as such, may modify them to some degree to fit better while keeping the essence to the tradition.

Before the Wedding Ceremony

There are many pre-wedding traditions Jewish people tend to practice, some of which will be familiar to non-Jews and others that may be new.

These traditions should be relatively easy to plan around so long as you’re aware of them and know what the couple and families expect. Jewish wedding ceremony order is somewhat set in stone but the timing of events does vary somewhat depending on tradition.

For example, before a wedding, the bride and groom are often separated into two rooms. They are then surrounded by loved ones who give good cheer and blessings.

In a traditional wedding, these groups would separate by gender, but many modern weddings allow the loved ones to go back and forth as they desire. In fact, some couples don’t separate themselves and instead do this altogether.

Some traditions are even easier to implement, such as the breaking of a plate by the mothers of the couple. In Jewish tradition, this symbolized the acceptance of the engagement, the destruction of the Temple in Jerusalem, and the glass that will soon be broken as part of the wedding all in one.

Many couples may also want a bedeken (or veiling). This is a ritual “checking” of the bride, usually done by her intended placing her veil over her face himself.

Other Jews may instead get henna applied to their palms to mark them for the same ritual purpose. In this case, these won’t be applied on the day of the ceremony but instead sometime in the week before.

Traditionally, this contract outlined the monetary responsibilities of the groom about the bride. It was a genuinely important legal document meant to protect the bride from financial hardship in the case of death or divorce.

In modern times, the ketubah has evolved to more or less be the Jewish equivalent of wedding vows. Many don’t mention money at all and instead are declarations of love or something similar exchanged between the couple.

The ketubah is signed before the wedding, although it is often read aloud in full or in part during the ceremony.

Most Jewish weddings are held under a chuppah, a sort of wedding canopy. This represents God’s sheltering presence and the home the couple will build together.

Then comes the erusin (betrothal) and nissuin (nuptials). The erusin is a religious ceremony in which the couple and their parents share a cup of blessed wine. This is also where rings are exchanged.

Assuming the wedding is religious in nature, the nissuin is where some of the more complex rituals are required. This is where the Sheva Brachot (seven blessings) are delivered.

Here, a rabbi (or sometimes friends of the couple) gives a special set of blessings over the second cup of wine. Afterward, the ketubah is read in full or in part.

The ceremony concludes with the ceremonial breaking of a glass as guests clap and chant “Siman tov” and “mazel tov!” These are Hebrew wishes of good luck and congratulations.

The Yichud and Seudat Mitzvah

Immediately after the ceremony, it is tradition the couple is sheltered off for yichud (togetherness). In Jewish tradition, this would be the couple’s first time alone and where they would consummate the marriage.

(It is worth noting that some Jewish sects instead wait until after the wedding reception, although the core concept is the same.)

Many modern couples choose not to consummate the marriage and instead just spend some time together before the feast. While a planner doesn’t need intimate details, they should ask the couple how much time they’d like alone and be sure to secure a room for yichud to take place.

Finally is the Seudat Mitzvah (The Wedding Feast). This is a big Jewish wedding feast full of dancing and partying. It’s also where the hora, the circle dance Jewish weddings are famous for, is often performed.

If you’re planning a modern Jewish wedding ceremony, it can be intimidating. However, once you’re familiar with some entry-level Jewish traditions, it is much like planning any other wedding.

It isn’t easy to plan a wedding, but with some effort and by talking to the couple, you can get there. For more religious couples, you also can talk to a rabbi to confirm you have certain details right and that things go smoothly.

If you liked this article, we have more wedding advice you might enjoy. We also have content on various other topics we encourage you to check out if you want something different!